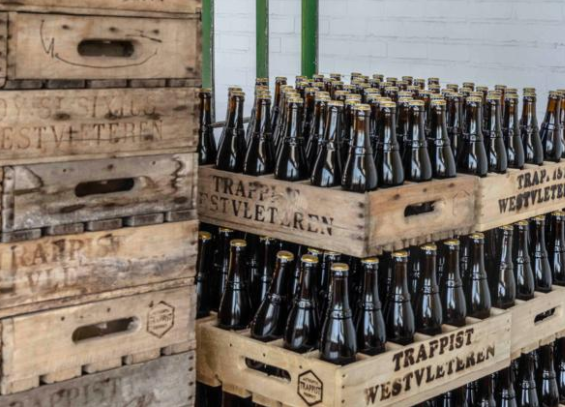 Westvleteren 12, hallowed be its name, is an ever-present spectre that haunts the craft beer community. Ubiquitously unavailable, this hyper-rare drop has gained the moniker of the best beer in the word. Is it actually? That’s definitely a matter for debate, but it’s certainly one of the most fascinating. Recently, I was fortunate enough to be able to sit down with a bottle and conduct a formal tasting, the results of which I will describe. But first, a bit of background. What even is this stuff anyway?

At its most basic: Westvleteren 12 is a Belgian Quadrupel, which is a strong (10.2 per cent ABV in this case) dark ale, brewed with specialty sugar alongside the malt and hops. It’s a Trappist beer, meaning it’s produced by said Trappist monks within the walls of their Monastery (Saint Sixtus Abbey in this case). In production since 1940, it was blasted into its current high-orbit popularity in 2005 when RateBeer.com declared it the best beer in the world…

Only a tiny amount is produced each year and it’s sold exclusively at the brewery. In a very Christian (but also rather naive) gesture, the price of a case has not risen to match the meteoric demand. This has led to an inevitable grey market where bottles can be re-sold for over 25 times the price. For better or worse (arguably worse), there’s now quite the cottage industry at work muling these bottles out of the brewery and onto the international market .

But enough history, what does it taste like? Starting with the aroma, rather than anything immediately present in the nose, it was the absence of the expected notes that struck me first. Quadrupels are typically sweet and syrupy, sometimes even rummy on the nose, but this was far more lifted and savory. The malt and sugar were certainly present, but thoroughly intertwined with aromas of wholegrain bread, mushroom and forest floor, old leather, hessian and just a hint of vintage gouda.

The palate was similarly surprising, with the initial raisin sweetness quickly weaving into a diverse fabric of more complex flavours. Dried figs, pear paste, more dark whole grain bread and then more of these strangely animal flavours … not quite funk, and not quite outright cheese, but an ethereally subtle sourness and earthiness that is most often described as “farmyard”. This crops up most commonly in old French red wine and traditional ciders. To encounter it in a beer was a first, and that was probably that quality that bumped it up to being what I can confidently call the most complex beer I’ve tasted .

But was it the best? For me personally (and mileage is necessarily going to vary between individuals here), it wasn’t. But it was easily in my top few, which is no small feat considering Belgians are far from my favorite styles (I’m a strong IPA and ESB guy).

The second question, as ever: was it worth the cost? Things become even more subjective here, and you could get into all sorts of debate about the price of rarity, and even the ethical concerns of feeding into a grey market. But I’ll say this, I think that first bottle was worth it. To find out what all the fuss is about and taste something truly unique in doing it. Buying a second one is probably what separates the true adherents of Westy 12 from mere tourists like myself.

For anyone wanting to complete this pilgrimage themselves I will give one word of warning. Aside from a fairly simple design on the cap, these bottles are almost completely unmarked, with no anti-tamper measures whatsoever (did I mention slightly naive practices at the monastery?). This makes them incredibly easy to forge, be it by re-filling or outright cloning the bottle along with the cap. If you do find one for purchase, make sure you find out as much as you can about its pedigree, lest you end up with a bottle of who-knows-what.

Let the right one in