It was bad, weird, stressful, depressing in places, but it also had plenty of upside. Beer-wise it felt like a lot was happening – or maybe that’s because we little else to do for many weeks than sit at home and dream up online orders.

So as a final hat-tip, a kiss goodbye to a year that defied imagination, the Pursuit of Hoppiness undertook a collective exercise with the working title: “20 beers that made 2020 better”.

What follows is not the be-all and end-all of beer drinking in 2020 but these are the beers that shone like diamonds in the pandemic rough. 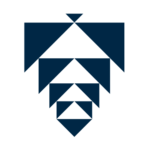 I’ll get the ball rolling by naming Epic Pilsner as one of my beers of the year – it came out under the radar mid-year and if you told me at the start of 2020 that I’d be confined to home for weeks on end and wearing a mask while shopping, I’d have believed you as much as if you’d told me that the best beer I would have from Epic in 2020 would be a classic Czech pilsner.

Both Stephen Gallagher and Dylan Jauslin, of Golding’s Free Dive and author at The Bottleneck blog, picked Garage Project Random Acts of Kindness, an appropriately-named beer that captured the more positive side of who we were in 2020.  “In a flurry of limited-run, spontaneously fermented beers from GP, this one stuck in my mind as a particularly simple, beautiful example of the style,” Dylan wrote. “I had to cancel my trip to Belgium this year, and this beer brought a little Belgium to me.” 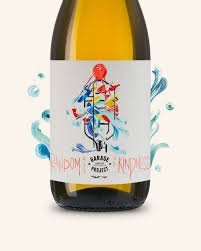 Dylan was also a fan of ever-reliable Liberty Brewing Knife Party IPA. “Amongst the haze-craze and in a year when people questioned if bitterness had bitten the bullet, Knife Party still parties like it’s New Year’s Eve in San Diego, circa 2012.”

Chief reviewer Tim Newman gets through a power of beers in his role.

His beer of 2020 was the North End/Yeastie Boys West Moon, an old ale and a tribute to brewer Kieran Haslett-Moore’s late father Paul.  “A tremendous release and one that I’ve found popping back into my thoughts ever since.  With the year being such a cavalcade of negativity, this beer was a defiant refusal of that trend.  An indomitable celebration of life for everyone to share, and a truly wonderful beer.” (Eds note: the label is also a contender for label of the year!) 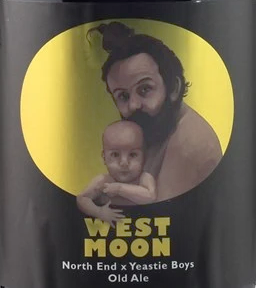 Going in a completely different direction, Tim also picked Epic Alien Invasion Double IPA.  “With the total ubiquity of hazies reaching a crescendo this year, I’ve been getting increasingly desperate for good old fashioned, bitter-as-hell IPA.  I first tried Invasion after tasting a long set of hazy pales, and I distinctly remember taking one sip before putting down the glass and shouting “f***ing finally!” to an empty room.

With an Instagram handle of Hazzy_Hunter, Joshua Lee sat firmly the hazy-dessert corner of the world where his standout was Duncan’s Maple Pancake Imperial Stout. “This beer blew me away. I’m used to getting boozy chocolate notes from a stout but this pastry stout tasted exactly like it said it would. It’s a liquid maple pancake.”

On the hazy side he was a big fan of the Waiheke Wonder that is Alibi Brewing Oat Cream IPA. “A recent discovery on a trip to Waiheke Island. The oats in the Hazy IPA add a subtle creaminess to the tropical fruit flavours, it’s like a boozy fruit smoothie that’s dangerously drinkable.”

Neil McInnes, author of the well-loved Capital Diary, riffed off the more generous spirit the swirled through 2020 and named the Change Maker range. These are literally life-changing beers created by a group of people with varying abilities and in partnership with Duncan’s, Behemoth and Moa. “That there is such a thing as a craft beer social enterprise tells you how far the industry has come in recent years. 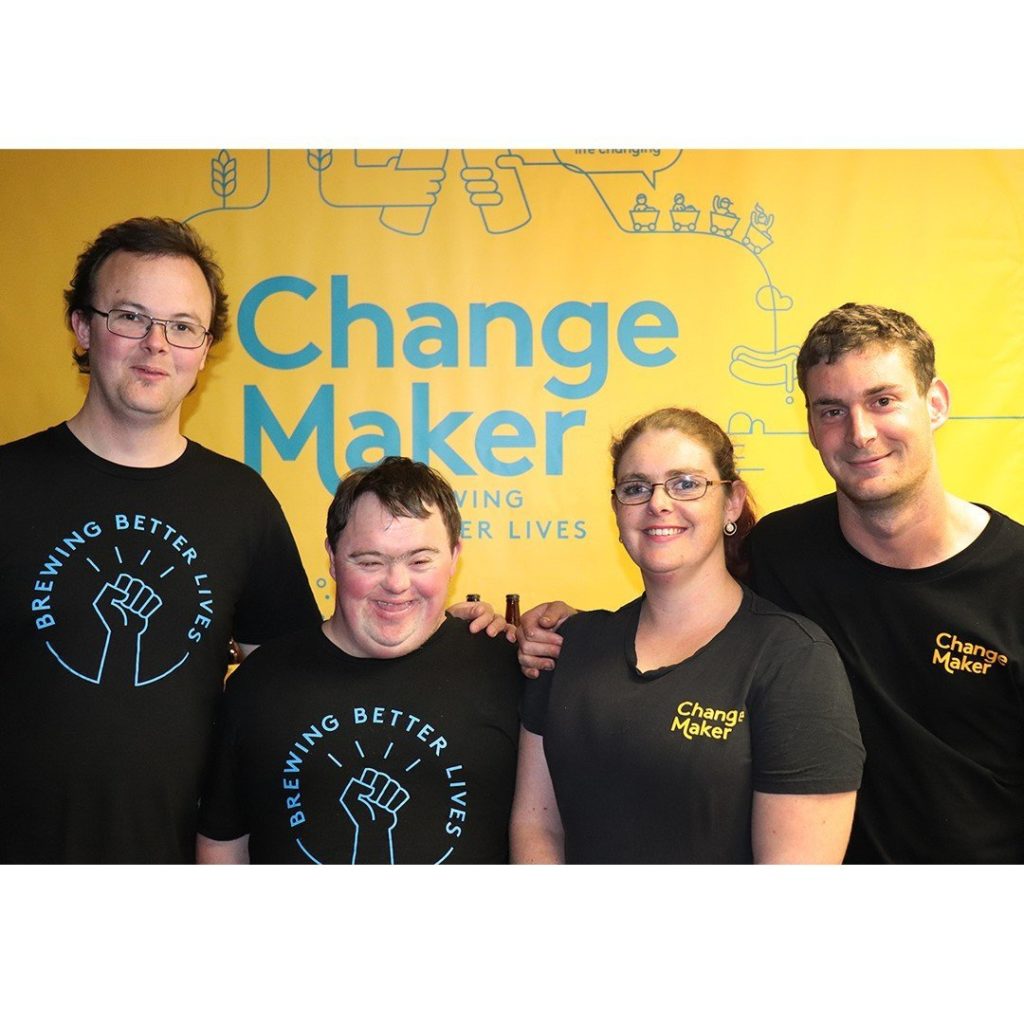 Neil pointed out that one of the good stories of 2020 was NZ Hops releasing their trademarked Nectaron hop and suggested anything “with the super sexy Nectaron hop” deserved a place on the list. He plumped for Behemoth Me Time: Nectaron – “a hazy IPA with a tropical fruit aroma, and a big and punchy bitterness, and a dry, fruity finish”. (Editor’s bonus pick: both Cassels Nectaron IPA and Sprig & Fern Nectaron Pale Ale are great showcases for what this hop brings to beer.)

Steph Coutts of Wellington’s Craft Beer College was on board with a couple of Kapiti Coast classics labelling North End’s Become the Ocean Gose as “the best batch ever” – the newest release really turning up the salty-acidity. She added Duncan’s Yum Yum Yuzu Lager to the list “because it is yum yums”.

The nationwide lockdown in March-April-May played havoc with the fresh hop beers that we all anticipate – and many ways they seem a distant memory now – but “Crafty” Mark Gower hasn’t forgotten Garage Project One Day in March Fresh Hop Hazy IPA. “Boy oh boy was I happy when I open this beer! NZ fresh hop season is my favourite time year.  I simply love the dank, resinous strong flavoured beers that coat your tongue in pine, oily residue…please someone, take me back! One Day in March delivered that experience for me in 2020, showcasing how lucky we are to have Nelson Sauvin and Waimea hops grown on our back door.  It was everything I hoped and dreamed of at that special time of year on our beer calendar.”

With a more regular drinking experience in mind, Crafty turned his Taupo local: Lakeman Taupo Thunder Pale Ale. It was a beer that exceeded expectations.  “Crack the lid and fresh pine aromas soon fill the room.  The pine theme continues when you take that first mouthful, nicely supported with big passionfruit and citrus flavours.  My favourite part of the beer is the nice malt backbone that perfectly balances this beer.”

Michael M is a pilsner-loving German so it’s no surprise that style is among his favourites: notably Choice Bros Lost Keys Aussie Pilsner. “Being of German heritage I grew up on Pilsners. It’s difficult to find a New Zealand-brewed Pilsner that isn’t tending too much towards the sweeter flavour spectrum. I prefer my Pilsners to be more on the crisp, hoppy, bitter side. Choice Bros, with the Aussie-hopped Lost Keys they have taken the hoppy bitterness to another level. Probably a bit out of style for the purists but simply amazing how much flavour they managed to get out of 4.5 per cent ABV.”

And on the complete flip side he was blown away by pastry porter from Wanaka – the wonderfully named Rhyme x Reason Fat Boy Dollop #2 Confectionary Ale S’Mores Porter. “I am not the greatest fan of Porters (and Stouts) and would not enjoy drinking these styles all night long – but the odd pint every now and then can be enjoyable. This Porter simply wowed me – and the easiest way to describe it is that it feels like a cold, dark European winter Christmas day in your mouth. Lots of body and lots of malty deliciousness.”

Matt Eats, beer curator at Beer Jerk had the perfect beer for all those days at home when you want something flavoursome but don’t want to hammer your liver: Emporium Elbows Off Spiced Table Beer. “Table Beers are a rare delight that are incredibly hard to come by in NZ, so after hassling brewers up and down the country to brew one for the Beer Jerk Advent Calendar I was incredibly grateful when Kaikoura’s Emporium obliged (and nailed it!). A spritzy and bright Belgian style pale ale which carries more flavour than has any right to be in a 3 per cent beer with engaging pops of lemon cardamom and coriander.”

Like many of us he also had a go-to six-pack that never lets him down: Parrotdog Falcon APA. “The go-to beer spot in my fridge is always a competitive position this year Falcon took the top spot as my fridge filler of choice. Parrotdog have everything dialled in tight as a drum on their core range and this APA absolutely sings. Flavourful, balanced, bright, bitter and refreshing.”

So that leaves me, with editor’s prerogative of rounding out the list. (But because I’ve trapped myself into 20 beers, there are a couple that missed out … so quick hat tip to Wilderness Brewing Cerise 2018 which was funky thanks to a ferment derived from the cherries, raspberry juice fruity, complex and beguiling and Altitude Brewing’s Jam Session Guava and Passionfruit Sour, a Beervana star.)

I loved the mind-bending Garage Project Harmonic Convergence – this is an incredibly creative blend of hazy IPA and wild ferment beer, it’s tart-sweet, lush-austere, all-or-nothing beer. I loved it inside out, back-to-front and upside-down – which is kind of how it plays out on your taste buds.

Finally, you can’t drink a 14.9 per cent triple hazy IPA every day … or can you? If I had to take a stab and claim a beer of the year, it’s Urbanaut Triple Imperial Hazy IPA. Huge flavours, thick, resinous, jammy with sweet mandarin, some tinned fruit salad, and wash-over your booze, yet it’s delicate but somehow with enough bitterness to keep you engaged and no way does it drink like an almost 15 per center. And it comes in the perfectly-sized, cute-as, 250ml can for the double win.

It’s the kind of beer to make you feel good inside and forget, for the moment, the world outside. 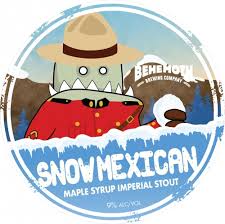