Auckland, finally, you did it – you made a downtown beer festival that rocked. Actually, that should read Dunedin, you did it …

That’s because the brains behind Dunedin’s superb annual beer festival brought some southern smarts, and a few cheese rolls, to the big smoke and came up with a concept that should serve Auckland for years to come.

After a dire attempt to host a beer festival at the charmless Cloud eight years ago, Auckland needed a city-centre beer festival to work. Yes, GABS have brought their great festival across from Australia and while that mid-winter festival has been instrumental in driving beer appreciation in Auckland the venue at the ASB Showground left a lot to be desired. It is cavernous, hard to get to and because it’s surrounded by parks, a race track, a hospital and busy roads … there’s nowhere to go afterwards.

Putting on the Auckland Craft Beer and Food Festival at Spark Arena was genius. It worked on a multitude of levels. It’s an easy place to get in and out of by public transport as it’s right next door to Britomart Station. The 1pm-8pm hours were brilliant meant you could either go out afterwards into the city, where pubs, restaurants and other entertainment are right at hand – or just go home and crash.

Holding the festival in March rather than mid-winter was also an excellent idea – it was warm, and still daylight at the finish.

The venue itself was a dream. The outdoor area at the front had games, beer and food. The indoor arena was spacious with heaps of places to sit, including the grandstand which took on a charm of its own. If you were down on the floor it felt like you were part of a performance as the fans in the stand cheered you on. And if you went up to the stand, to rest or eat, you could watch all the goings-on from a nice perspective.

The dark lighting and music gave it a nightclub vibe, although it was a little loud at time if you wanted to chat – which to me is the main point of this kind of thing. 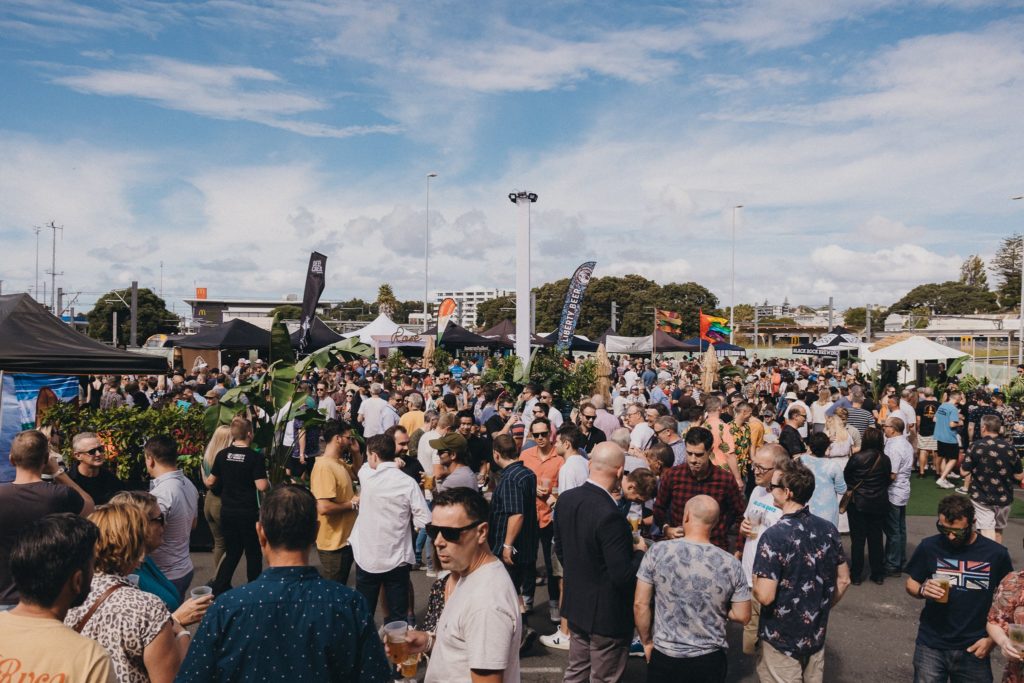 But the victory stamp for the ideas team was the beer garden set-up out the back. Out there it was nicely packed – there was food, music, beer and a real sense of community. It felt like being in someone’s giant backyard and took me back – for some reason – to the Hawea Hotel and the glorious garden bar there – particularly on New Year’s Eve (although not the year the riot place came!).

I took note of the fact that the next day the venue was set to host The Wiggles, with a show called “We’re All Fruit Salad” – which seemed about right given all the hazies on offer!

Let’s do it again next year, Auckland.

A little spot of Sunshine

Denise Garland visits Sunshine Brewery and Taproom in Gisborne to catch up with what’s going on at one of New Zealand’s oldest craft breweries.

Hands up who remembers the Dukes Of Hazzard? I’m not talking about that horrendous Johnny Knoxville remake from a few years back either. I’m talking about the original Good Ol’ Boys, Bo and Luke Duke. Remember their cool-as-hell Dodge Charger called the General Lee?...
Read More

The Otago division of SOBA took a bus trip into Central Otago and found some great new discoveries.

While living in the craft beer capital of New Zealand, I don’t have to go far to get a healthy beer experience. From my place of work in Wellington, there’s Garage Project, Whistling Sisters, Choice Bros, Heyday, Fork & Brewer, Mean Doses, and Fortune Favours all...
Read More

After discovering Alibi Brewing in a pint glass at 16TUN on Auckland’s waterfront on a thirsty Friday afternoon I was on a mission to find the source of the creamy golden haze that I could not get enough of. The following week I grabbed my AT Hop Card and boarded the...
Read More