I rather like beer, and I rather like nerdy lists, and I’d wager that I’m not the only one with those overlapping Venn diagrams.  Hence the inaugural Worty Dozen, a chance to chat about 12 fine beverages, all linked to a tenuous theme.   Another thing I’m rather fond of is music, so we’ll kick off with 12 excellent local beers named after cracking bands, tunes or albums.

One of my desert island beers, named after a track from one of my desert island discs, Wilco’s 2001 classic Yankee Hotel Foxtrot.  This South Pacific Porter is a cracking beer, gleefully unbothered by whether its roasty toastiness or perky hoppiness dominates.  With other good beers past and present named after tunes by the Breeders, Paul Kelly, and the Smiths, and the company moniker itself, I feel like the playlist for Friday night drinks at Yeastie HQ would be something to behold.

What better way to follow a South Pacific Porter than with its close cousin the Hoppy Stout, and another classic beer that’s high up in my personal hit parade.  Named after a punishingly fast and loud track from Metallica’s classic Kill ‘Em All, ‘Phantom Lord’ hits with a double-kick-drumful of hops arranged on top of dark malt bite.  Emerson’s fans will know of Richard’s fondness for the Dunedin sound, with ‘Bird Dog’ named after a Verlaines album, and the Chills playing a show at the latest brewery opening.  And while the beautiful balance of many Emerson’s beers matches the high-wire jangle of those Flying Nun pioneers, ‘Phantom Lord’ reminds us that there’s a few Emerson’s beers that pack a darker, heftier wallop.

There are a few songs to choose from in the pop culture blender of Garage Project beer names. I was tempted to run with ‘Bug Powder Dust’, with Justin Warfield channeling stream-of-conscious Burroughs over Tim Simenon’s grungy squelch of a bass riff, but even that killer tune has to take a back seat to ‘Party and Bullshit’.  One can have an opinion about whether the East Coast IPA is actually superior to the West Coast IPA (I do, and it isn’t), but this is one battle where the popular vote seems unanimous.  What better anthem with which to celebrate the coronation of all things hazy?  Like the Notorious B.I.G. tune, the beer is big, bold, and juicy, and it means the party is going up a gear…

Yeah, yeah, it’s named after the hot rod not the band, but it’s hardly a stretch to imagine a decent chunk of Ozzy Osbourne on the playlist at Panhead’s Maidstone brewery.  And as with recent limited release ‘Tumblin’ Dice’, if you name a beer after a hot rod named after a song or band, you’re covering a lot of bases.  ‘Black Sabbath’ the beer is an immense barleywine that demands you clear out your evening and pay it full attention, so I’ve opted for the equally epic ‘Hand of Doom’ from Paranoid. 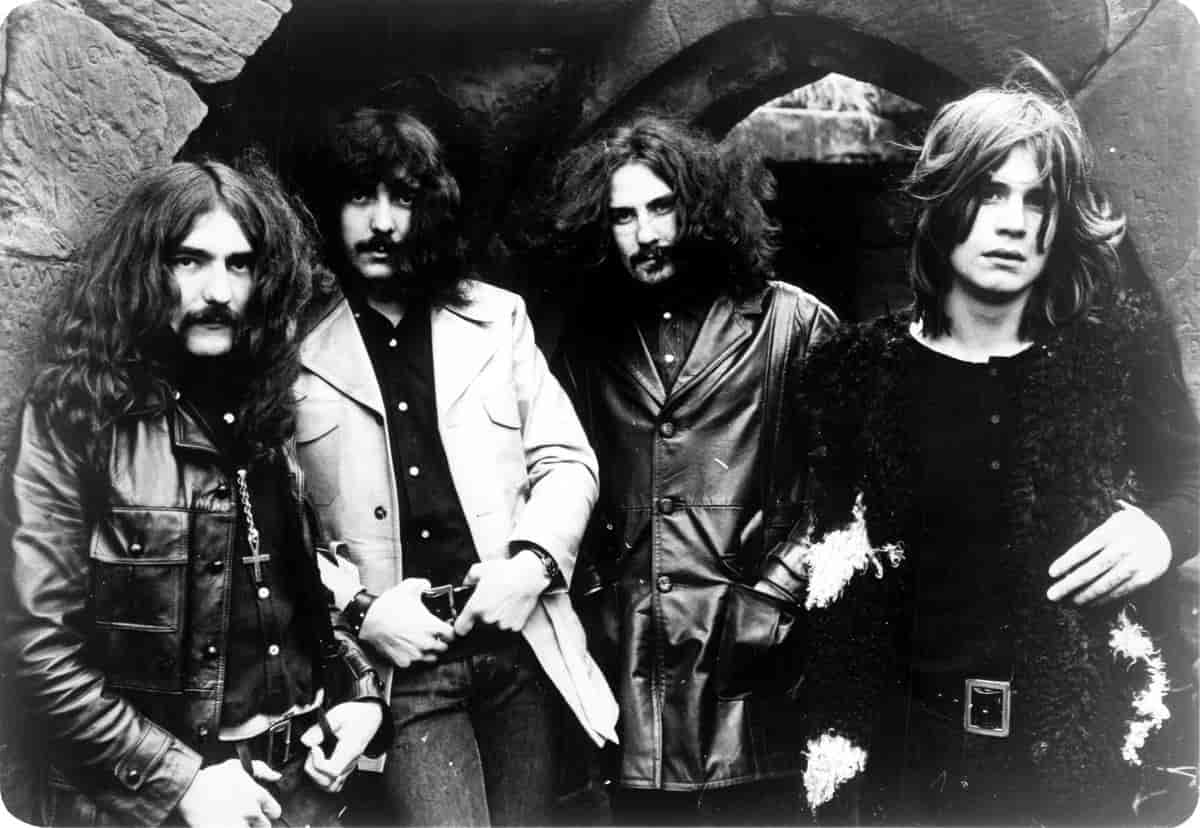 Choice Bros Strung Out on Lasers

It would be hard to write an article about beers inspired by music without mentioning Choice Bros.  Early releases like ‘Reet Petite’ and the outstanding ‘I’m Afraid of Americans’ established the theme, and the latter nodded towards the fully-formed future direction.  Now I’d say I’m a fairly big Bowie fan, but I’ve never released a six-pack of cans each featuring a different Bowie-themed beer.  The ‘Jean Genie’-quoting ‘Strung Out on Lasers’ is our pick:  the glammy stomper here becomes a gose with raspberry and lime.  The titular character, a nocturnal livewire from the New York rock and roll underbelly, was based on Bowie’s close friend and collaborator James Osterberg, better known as Iggy Pop.  Which brings us to …

Whoever said sarcasm was the lowest form of wit was doubly wrong:  puns surely rank lower, and wit isn’t meant to be all high-falutin’ anyhow.  One of the many fine things about craft beer is its use for a good pun, and just like the right three chords played loudly, it doesn’t need to be fancy and sophisticated to be awesome.  And so here we are:  ‘Iggy Hop’, a beer name so simple and so great we all wish we’d though of it first.  That commentary unravels slightly when you taste the beer, which is balanced and relatively restrained for a biggish IPA, and pleasantly sweet-malt-forward.  So rather than ‘Search and Destroy’, the playlist similarly gets a little more nuance with ‘Nightclubbing.

The trumpet logo offers a clue that the team at Brave have a musical bent.  And for an IPA that’s garnered a modest but passionate fanbase, they sure picked a good reference in Scotland’s shyly kooky Belle & Sebastian’s classic debut Tigermilk.  By IPA standards, the beer is gentle and rewarding, with classic American hop character, but at a slightly lower volume than some of their shoutier contemporaries.  Just as one day the meek will inherit the hit parade, this beer will worm its way into the affections of your beer fridge.  While you sip along contentedly, for the playlist we’ve selected album opener ‘The State That I Am In’.

I was to hoping to profile Bach Out of Hell, the bombastic double hazy IPA that paid glorious over-the-top homage to Meatloaf and Jim Steinman’s tremendously overblown ‘Bat Out of Hell’.  But just as Steinman’s kitchen-sink Springsteen impression had a relatively short shelf life in critical favour, the beer is similarly no longer available.  I am equally fond of the quafftastic Driftwood, and while I’m sure it’s not named after the second single from Britpop also-rans Travis’s greatly-overplayed-and-thus-latterly-underrated The Man Who, it’s a fine beer that I’m happy to call your attention to.  Once the world realises hazy pale ales have their place, but that place isn’t everywhere all the time, the humble Pacific Pale Ale may get its chance in the outside-Australia limelight.  ‘Driftwood’ is a bit Meatloaf to Stone & Wood’s Travis, with a piano-driven-middle-eight’s worth of hops more than the originator, and of the tropical NZ and US variety rather than the floral Galaxy norm.  And rather like a 9-minute rock opera, this review may have overstayed its welcome:  just drink it, whydoncha?

Whether or not Wanaka’s underrated Rhyme X Reason are fans of Atlanta’s garage rock stalwarts is not documented, but for the purposes of this self-indulgent list let’s assume they are.  The beer is a classic English porter, with the requisite amounts of chocolate and creaminess.   Tune-wise, we’re running with ‘Bad Kids’, a scruffily catchy little number that almost certainly soundtracks a kids’ TV show in the sort of parallel universe I’d like to live in.

Epic head honcho Luke Nicholas has a well-documented appreciation for 80s hair metal, and especially Def Leppard.  When this tremendously tasty IPA first came out over a decade ago, its apocalyptic moniker felt more like a statement of rebellious intent on behalf of a nascent craft industry and a warning of hoppy insurrection about to run riot in your mouth.  Now that Armageddon has won pretty much every bit of silverware a brew can win, often multiple times over, and now that the trail it blazed has been thoroughly trodden by many descendants, the beer that shocked us all is now a Classic Hit.  But just as hearing ‘Armageddon It’ on an oldies station is a signal for joyous, windows-down air-drumming abandon, the beer itself reminds you sometimes the classics just can’t be beat.  It’s a bloody great song, and an even bloody greater beer.

Whether this poxy list quite counts as irrefutable scientific proof or not, there does seem to be a bit of a correlation between musical beer names and the darker side of the beer spectrum.  Although when I first saw this beer listed (at the rather excellent pizza barn itself, and who wouldn’t love that wallpaper at home?) I was half expecting a farmhouse style or a wild ferment.  Instead, Harvest Moon is a Dark IPA, which is a nice way of circumventing the old Black IPA vs Cascadian Dark Ale nomenclature debate.  But as befitting the Godfather of Grunge’s most romantic tune, this is a beer you could easily fall for, with a light touch of dark malt bolstering a classic West Coast IPA hop profile. 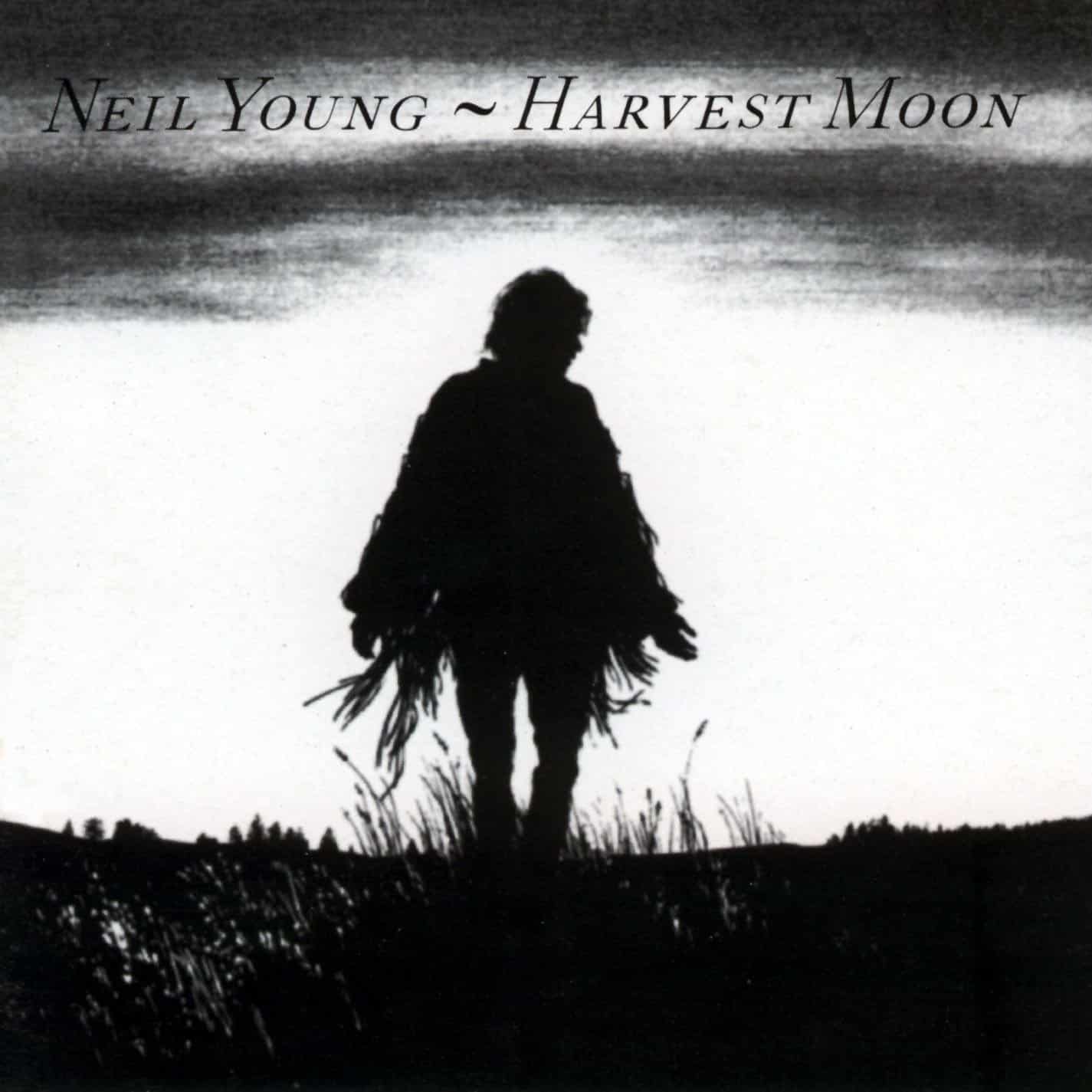 Boneface The Darkness
There’s a fairly elaborate backstory here, involving some heavy metal musicians and a solid dose of science fiction silliness.  And in my 12-pint narrative, we’re more or less back where we started, with the album opening on two dark beers loaded up with hops, and about to close in similar fashion.   Just as Justin Hawkins and his motley crew of spandex-clad tongue-in-cheeky pals (represented here by a rather good Christmas single) subverted any remaining seriousness and earnestness in the world of hard rock, any thoughts of stouts being dark and dour are blown to shreds here in the first few sips.  If the ‘India’ prefix didn’t give it away, this is a long way from a Guinness in a poorly lit dungeon (not to say that there’s anything at all wrong with a Guinness in a poorly lit dungeon).  In the taxonomically imprecise world of craft beer, you could just about call this a Dark IPA, or a Cascadian Dark Ale, or a Hoppy Stout, or probably even a South Pacific Porter.  There’s perhaps some kind of lasting life lesson somewhere here if anyone can be bothered, but I’m just going to go back to Track One, Side One and turn it up…

My thoughts went to the 1991 arthouse film My Own Private Idaho starring River Phoenix and Keanu Reeves – but film that draws its name from the B-52s 1980 single “Private Idaho”. Of course, the beer uses the popular Idaho 7 hop.  The can features the lyrical snippet “… Like a wild potato” from the song, but the deal-sealer is the way the can design is taken directly from the backdrop used by the B-52s for the video of the song. As for the B-52s, well I dare you not to go and listen to them after drinking this beer. Their combination of incongruous styles – post-punk, B-grade sci-fi movie soundtrack, surfing groove, 70s leisurewear, big hair and garage guitar licks – gives them a unique vibe that stands the test of time 40 years on.