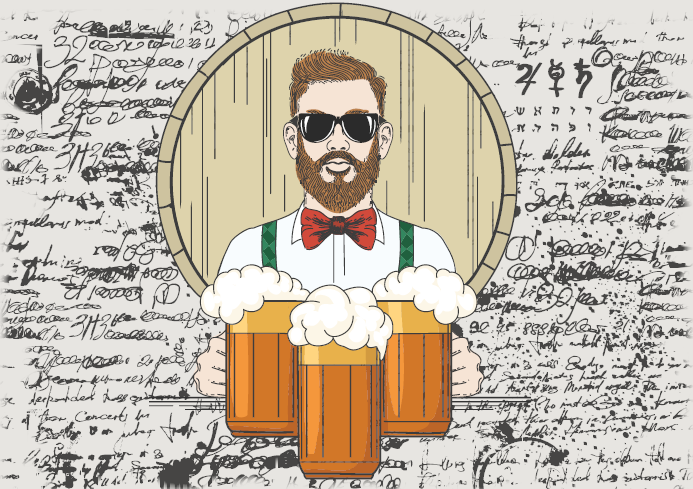 The highlight of domestic confinement during lockdown was online beer shopping from local craft breweries. You sent an email and beer would appear on the doorstep as if left by beer pixies, and all you have is a text to know the moment ever existed. Magic.

Most memorable lockdown beers were a rigger of the ever-robust Yoghurt and Bruesli from Fork Brewing and a box of different cans from Garage Project. I also dealt to my meagre supply of aged beers over lockdown. The 2015 vintage of Deep Creek’s barley wine Angel of the Presence was fantastic – heady with alcohol, liquorice notes and a big bitter drying finish.

My first beer club might after the ‘all clear’ was at the Hudson on Chews. We had a set menu of a beef burger and quality Eurobeers – two each from Hofbrauhas and La Chouffe. An excellent way to mark the end of the lockdown and back to level 1.

In mid-June I went to LBQ for the Yeastie Boys Remixes night. The Digital IPA remix – Isolation IPA – had an aroma of marmalade, a soft malt body, a bitter orange taste and a flinty finish. The kawakawa tea take on Gunnamatta – Karekare – was well made, but too sweet and perfumey for me. The Bigmouth Double IPA remix, Hugemouth, was hoppy and boozy, with a winey note. You can now buy cans of the remixes and their originals online.

Super Rugby returned in June with Fortune Favours having replaced Black Dog as the rugby beer. The Black Dog brewery on Cuba Street was closed just after lockdown, an early victim of the rationalisatons expected in the industry. It will be missed.

In early July I heard the Rogue and Vagabond had Rodenbach Grand Cru on tap so nipped in for a sly one at lunchtime. This is the classic Belgian red beer: vinous, sour, complex, woody. Known as the burgundy of Belgium, it was hard not to settle into an afternoon session.

The July beer club was a session in the restaurant at the Fork and Brewer. I had a pint of the piney Low Blow session ale to start, the malty Burton Ernie pale ale with my burger and the gnarly Big DIPA with dessert.

I got to the annual sour fest at the Malthouse and started with Deep Creek’s Wildwood Roselare 2018, a Flanders red ale of 6.9%. It had a sweet and sour aroma and a medium sour flavour profile with a bit of wood age evident. Next up as the sophisticated North End Old Bruin 2016. This has a malty aroma with woody notes, dried fruit flavours – raisin, dates, a cleansing hop bitterness, and tasty wood notes. I couldn’t help myself and had to finish with the Lagunitas Brett Stout. This was 10% with a bitter chocolate and roasted malt flavour plus a brett sourness that came through strongly in the finish. Just like a stout, just with gnarly bits.

During a quick business trip to Auckland in late July I managed to visit 16 Tun in the Wynyard quarter for a couple of swifties before the big slog out to the airport. I started with a Choice Bros Hazy Cosmic Juice, a NEIPA of 7.2% which was sherbety and citrusy. The next one was however off the charts. 8 Wired’s Dynamic Merlot Imperial Stout is big, rich, roasty and smooth. It weighed in at 11% and had the power to get me through the indignities of Aviation Security.

As a result of the lockdown many milestone birthday celebrations were cancelled or delayed. I went to one delayed 50th celebration in late July at the Hop Garden and drank hazy IPAs all night, namely Tautara Roughneck and 8 Wired’s Hazy. Both juicy and 7% there wasn’t much between them, so I will have to keep trying them to form an opinion.

In early August it was back to the Fork and Brewer for the 13th annual West Cost IPA challenge. Of the 31 entries I had 4, including a spritzy Parrotdog, a firm-bodied Tuatara, a drying Liberty and a savoury McLeod’s. Winner on the night was Behemoth with Here’s Churly, followed by Juice Head’s the Devil’s Rain, and the Twins from Shining Peak. The always competitive Epic won the people’s choice.

I’m glad to be back around the traps as the craft beer game in Welly is still going gangbusters.

Dry, with a cool change

Beer Jim, But not as we know it