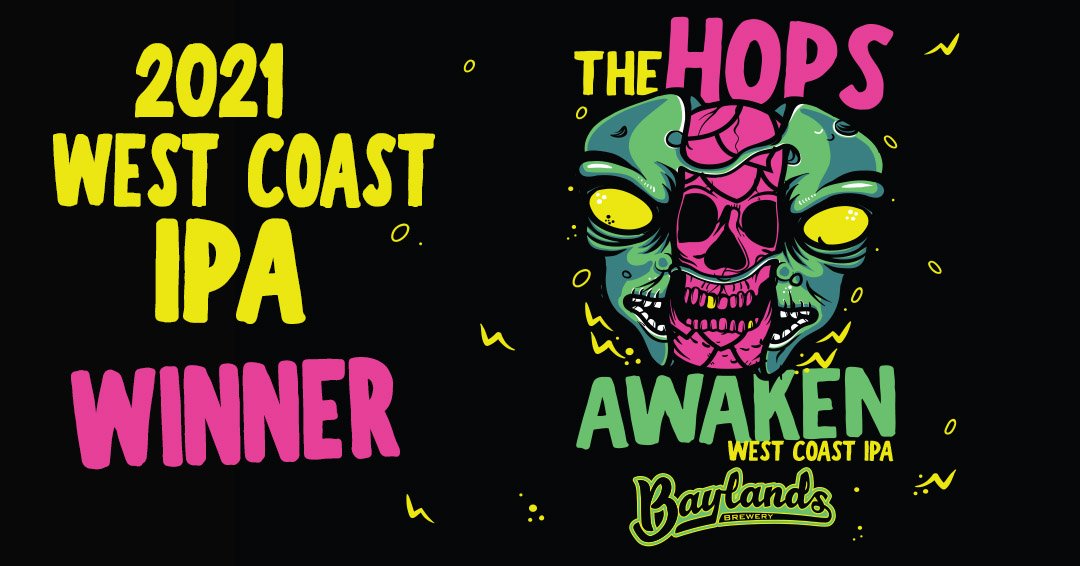 For Baylands Brewery, 2021 is turning into a watershed year.

The Petone-based brewery took out the annual West Coast IPA Challenge in Wellington on Friday, July 30, as the competition got one of its biggest shake-ups in 14 years.

The win by Baylands, with The Hops Awaken IPA, could be considered an upset given the way the competition has been dominated by a handful of breweries over the years (think Epic, Liberty, Parrotdog, Behemoth …)

But picking up awards is becoming second nature for Baylands in 2021 after their huge success in the New World Beer & Cider Awards earlier this year when they had two beers in the exclusive Top-30.

In some ways, their Golden Gumboot triumph completes a treble of hoppy awards after Sky Surfer Pale Ale and Off Shore Bandit Hazy Pale Ale got the gold in the New World Awards.

The brewery is also making massive changes this year, with a new brewery literally just installed (this was just the second beer they’d brewed on the new kit) and they opening a taproom and restaurant focused on low and slow barbecue.

It was almost a doubly special night for two-time previous winners Parrotdog, who took second place on the same night they were celebrating their 10th birthday with an event in their Lyall Bay pub.

And founder Richard Emerson couldn’t hide his delight when Emerson’s got on the podium at The Malthouse for the first time.

Despite the overhaul of the podium positions, some things don’t change: Epic took out the People’s Choice (again).

A Crystal Clear Idea of IPA

Beer for a good cause