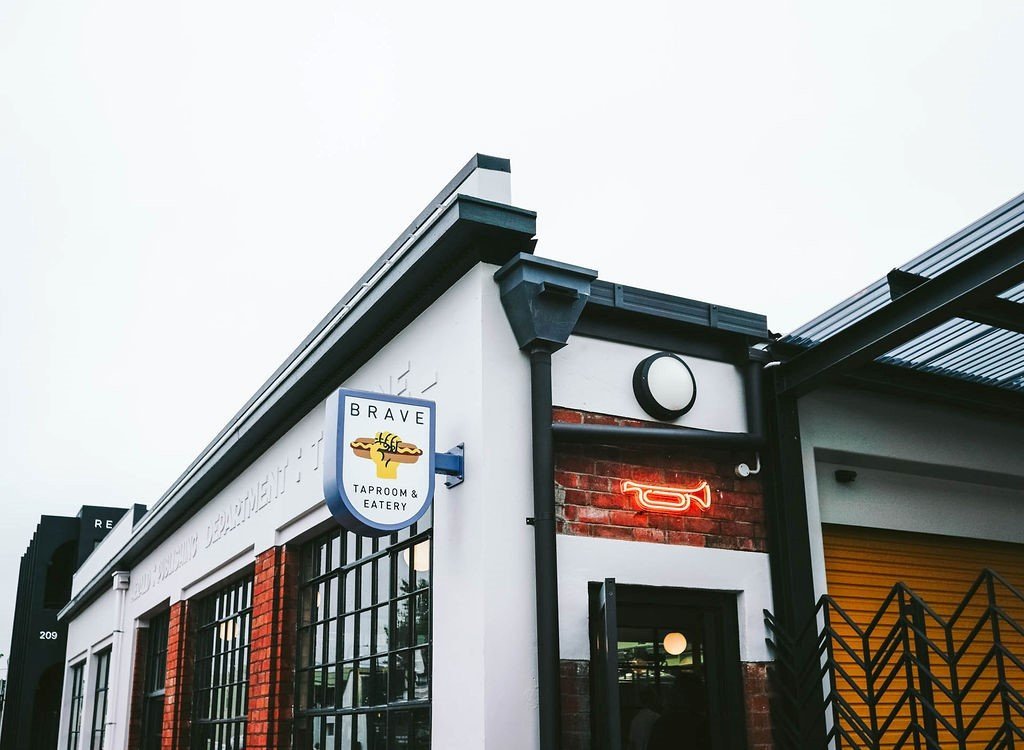 Even owners Matt and Gemma Smith are surprised by the speed at which Brave Brewing  has evolved from humble beginnings of a brewery set-up in a backyard shed to outgrowing their first commercial brewhouse and taproom at the fringe of Hasting’s city centre.

Brave started back in 2014 when Matt decided to turn his home brew passion into a profession.  “Starting a new business from scratch is a brave move for anyone who has ever tried it,” says Matt, “hence the inspiration to call the brewery accordingly.”

Back then small-batch produced craft beer was getting popular across New Zealand but had not yet taken off in Hawke’s Bay.  “The support we got from the local community was overwhelming and it quickly became clear that running the business from our back garden was not sustainable.” 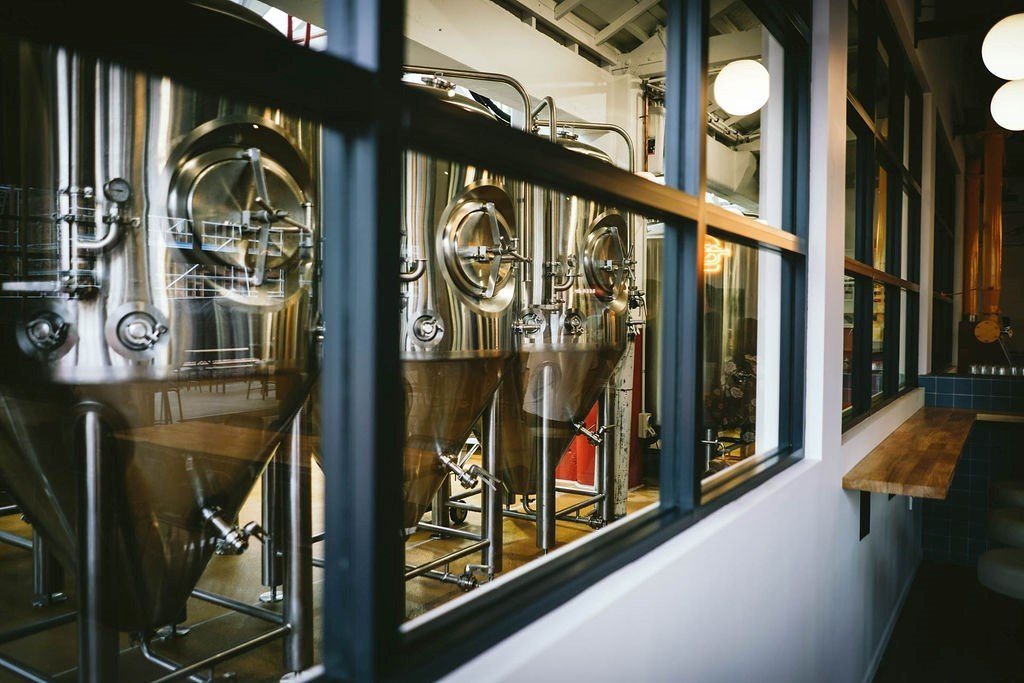 In 2016, Matt and Gemma invested in a larger brew house and moved to a commercial building on Warren Street, which they have now grown out of. The set-up included a tasting room and a small kitchen.

“We consider ourselves a friendly neighbourhood brewery,” says Gemma. “The support and encouragement we have received from the locals over the years is very humbling. Without them we would not be where we are today.”

“With the new space on Queen Street, it was important for us that it retained that friendly neighbourhood brewery feel.”

The new space opened on the last weekend in November and is a one-stop-shop brewery, fillery, taproom and eatery in a heritage building right in the heart of Hastings. The building formerly housed the Hawke’s Bay Tribune newspaper (later the Herald-Tribune). 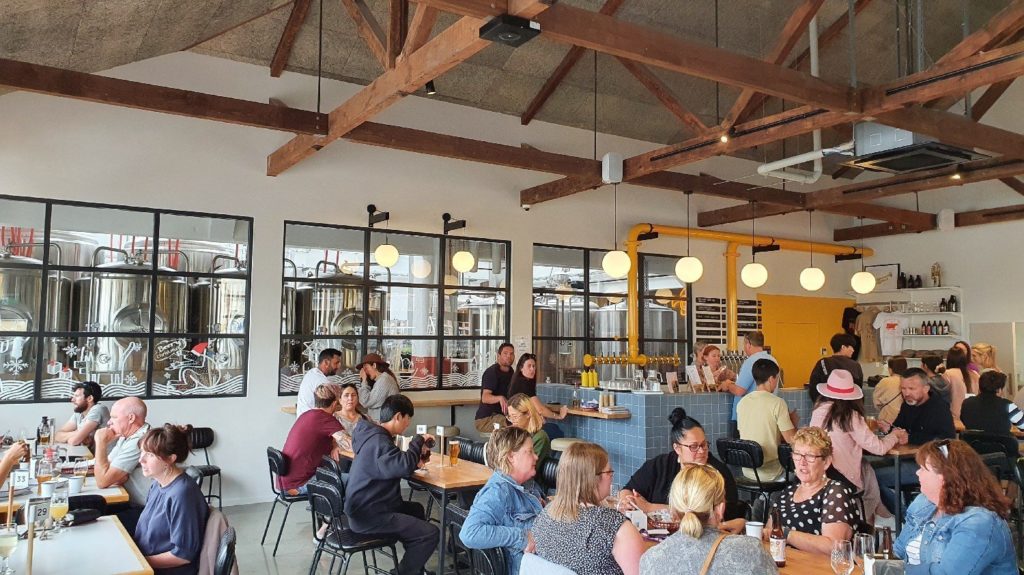 The first impression you get on entering is the sense of light and space which gets amplified when the roller gate and doors open up to the little outdoor seating area overlooking a courtyard, which is not yet living up to its full potential as they wait for adjacent buildings to get some final touches.

Inside the eye-catcher is the view through an industrial art deco style window front separating the 12-hectoliter brew house from the restaurant-bar area. In the taproom and eatery Matt and Gemma have paid tribute to the historic site, featuring the old bones but converting the space to a modern, warm and welcoming venue at the same time.  The large modern bar has 12 taps that showcase Brave’s brewing range but will also feature ever-changing guest beers.

“This is a concept that worked well in our old taproom. It is nice to be able to offer beers from other breweries including seasonal releases. I see this more a complimentary offering,” says Matt. “Our customers appreciate the diversity offered by our own range mixed with other beers.”

Over the years Matt has resisted jumping on every new trend that the ever-evolving craft beer scene has come up with, instead sticking with the beer styles he knows well and does well. Demand for Brave’s own beers has skyrocketed since the re-opening. Matt and assistant brewer Adam currently brew four times a week and can barely keep up with the thirst for their brews. One of their flagship beers, Tigermilk IPA, is particularly popular and sells out as soon as it makes its way onto the taps. “I don’t know where all the people have come from,” Gemma laughs. 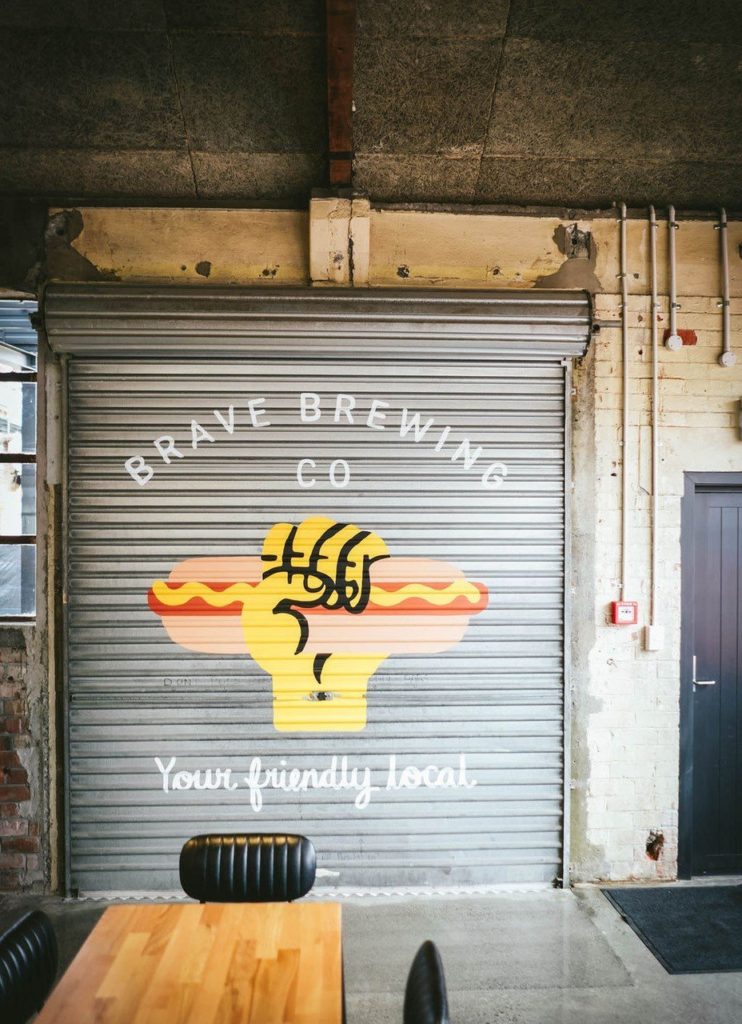 The kitchen, which in the previous premises was subcontracted, has at least quadrupled in size and is now staffed by Matt and  Gemma’s own team. The menu covers a range of food options, simple but really well prepared, nicely presented and (wherever possible) using ingredients from the Hawke’s Bay region. Punters and diners have a choice of various diner tables, leaners or if they do not want to enjoy the Hawke’s Bay sun in the beer garden they simply sit on bar stools watching the action in the brewery behind the feature window. 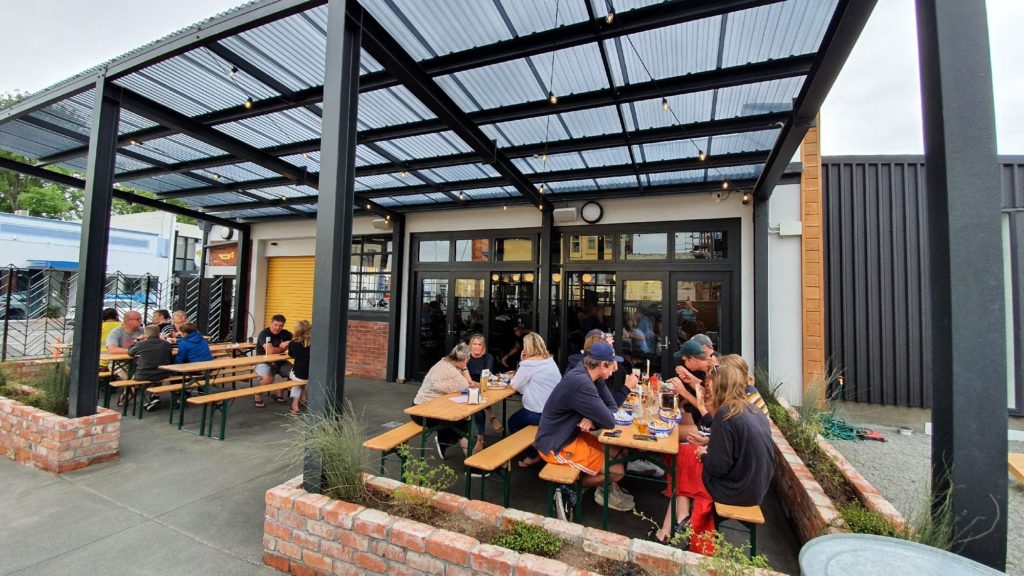 Matt and Gemma have created a great new home for Brave Brewing Company. The whole package makes sense. But watch out. Sometimes great things just take off and it doesn’t look like these two and their team have peaked yet.

Born in Germany Michael's two passions are football and beer. After growing up drinking Pils and Kölsch, Michael moved to New Zealand in 2007. Here he had to renounce his endorsement of the German Reinheitsgebot, only to be confronted with the hopless and bodiless beer-like beverages available at the time. Michael was an early supporter of the New Zealand craft beer movement and the world class beers they now brew. Unfortunately he still waits for NZ football to rise to similar accolades. Michael describes himself as a beer drinker with an opinion.