I look at drinking beer as a ladder of tastes, and if you’re a fan of tasting flights/boards then you’re already having that experience: three or four or five beers of varying styles where you’re having a smaller taste rather than a full serve. There’s a reason they’re popular. Craft beer drinkers are explorers and adventurers

For my beer ladder I’ve got three: Urbanaut Imperial Saison,  Three Boys Prunus Stave, a Strong Ale, and I’m going to top that out with Kereru Truffle Hound, a Belgian style Quadrupel.

These are styles of beer I enjoy and smile when they’re available, and I’m hoping that it starts on a high with an unusual Imperial Saison leading to a slightly heavier and still familiar taste and ending on a crescendo.

They’re all small format offerings, the Urbanaut in that quirky mini-can of 250ml, the others in a 330ml bottle and can respectively.

The hardest part of this was having the patience to let the beers warm into themselves and grow. 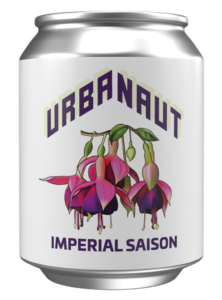 This is the ideal explorer or adventurer beer. This is familiar style with recognisable traits, aroma, and looks. But at 10 per cent ABV it’s a world different and a whole new level of complexity, subtleness and cleverness. It starts bright and playful, a whole carnival of jostling flavours, then it settles into something deeper, dryer, and those bright peaks demand you go find them, and if you drink this and really drink to savour it becomes so very, very rewarding. And it really is a pretty beer, and maintains that prettiness from the pour to that last moment when, sadly, it’s all gone.

youdrink it nothing like the sourness or fruitiness. It looks like an IPA, without any of the IPA things. It drinks quite like nothing that I could nail a style to.  A heavier payload in taste, which, for me, meant slowing down and sipping rather than giving it a good old quaff. A solid base that is both soft and yet bold, an iron fist in a velvet glove.  An IPA (9 per cent) aged in pinot barrels with apricots added, it’s a thoroughly confusing and confounding beer that could be of many styles and yet is of no definable style, it’s not a sour, an IPA, a Belgian … A complex and yet accessible beer that leaves as it arrived, with a deep confusion about what it really is, but with a profound sense that you’ve been part of something quite special, even if you can define it. 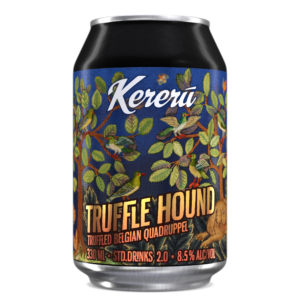 What I wanted was something decadent, luxurious, full, sweet, with some bitterness perhaps but something more dessert-like. Well I was wrong. My expectation should not diminish that this might not have been any of that (in one package) but rather is a sum of parts, or a work in progress. There are no edges, nor sharpness, nor surprise. It has an overarching taste that I have no familiarity with as truffles rarely (never) make an appearance at my house. I get that it is really smooth, properly smooth and that in itself is brilliant, but I just don’t have enough connection to truffles to make a call on the flavour. Not the beer that I would want to end an evening on, but I think I reached the top step of this particular ladder.

A boomer, born in South London, Philip arrived in New Zealand in 1987, settling on Auckland’s North Shore. His favourite sayings are “I’ve got questions” and “What could possibly go wrong”. A craft beer drinker for over 10 years Philip enjoys as many of the newest latest beers, in all the styles, as he can find. 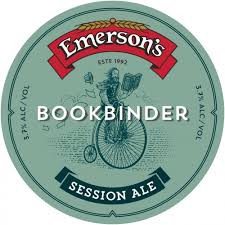 East Or West, Hazy or Clear?