By Michael M
Hoppiness at home

Every now and then I give my body (the liver in particular) a break by going off the alcohol for a couple of weeks or so. I usually undergo this cleansing exercise after a holiday – a time where I do not necessarily drink excessively, but I have a beer or two almost everyday day.

I find staying off the booze is relatively easy, but choosing a refreshment supplement is the bigger challenge, as my beverage preferences are very limited. Ranked by volume, I usually consume water, beer, coffee, tea and whiskey.  I cannot stand fizzy drinks; even the smell of coke, lemonade or sugary performance drinks disgusts me.

Off the beers, after a few days of high water consumption and more tea than usual, I hit a point where I crave something savoury and refreshing. After years of exposing my taste buds to hoppy bitterness, alcohol-free beer seems an obvious substitute – a beer style extremely popular in Europe and for many of the breweries over there, it’s the fastest growing product in their range.

To my knowledge, none of the New Zealand craft breweries have embraced non-alcoholic beer. Sooner or later, this trend will reach New Zealand – and the first brewers to produce an enjoyable alcohol-free version of their products could gain an advantage over their competition.

Although not entirely free of alcohol, 8 Wired’s Ghost Chips needs an honorary mention. Weighing in at 1 per cent ABV, it’s proof that balancing flavour with a reduced alcohol content is possible.

On the big beer shelves, the range is surprisingly good. Individual cans, six-packs and some even available by the dozen. I purchased a few individual beers and even took the risk of buying a couple of six-packs – fully aware that they could be a big disappointment.

Yes, there were quite a lot of overly sweet or watery products with no flavour to rave about. However, some beers from European breweries really surprised me and (until the NZ craft brewers discover the market opportunity) might even become staples in my pantry – just to cover the days when I want a beer but do not want alcohol.

Here are my recommendations should you consider giving it a go. Both beers are from the Bavaria brewery in the Netherlands:

Reminiscent of a Hoegaarden – obviously with a little less mouthfeel, but the perfect isotonic refreshment on a hot afternoon or after mowing your lawn. 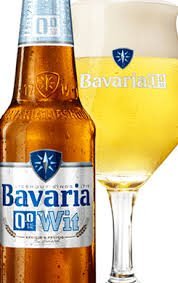 The clear winner. I had to double check that there really was no alcohol in this beer. Heaps of flavour and savoury bitterness.

Editor’s Note: Check out our review of Mac’s Stunt Double which was released after this story was written.

8 Wired’s Tour des Flandres spent the better part of three years ageing in red wine foeders (a traditional type of very large wine barrel). The malts and ageing have united to form a beer that pours rich and inviting burgundy. A mosaic of lightly sweet and quietly...
Read More

Yeastie Boys are back in New Zealand, getting their beer brewed under contract with bStudio in Napier and distributing through Morningcider.
Read More

Three Sisters step up in class

Three Sisters stepped up from winning Champion Microbrewery in 2021 to be this year’s champion small brewery, even though they hadn’t really increased their volume output.

North End
have taken a distinctively floral grisette, and added a twist by bottle conditioning it with
brettanomyces yeast.

It’s now almost a cliché, the story of Garage Project throwing awards into the bin (and we won’t mention it ever again here). But lately something’s changed. In the wake of their dominant performance at the New Zealand Beer Awards there was plenty of proud social...
Read More

Three Boys win for all of Christchurch

That Eddy’s Drop, a fantastic musical pun from Eddyline in Nelson, took out the annual Malthouse West Coast IPA Challenge in Wellington on July 29.

Garage Project have a well earned reputation for pushing brewing boundaries, and their Surrender To The Void series of flavoured stouts truly embraces that ethos.

Born in Germany Michael's two passions are football and beer. After growing up drinking Pils and Kölsch, Michael moved to New Zealand in 2007. Here he had to renounce his…