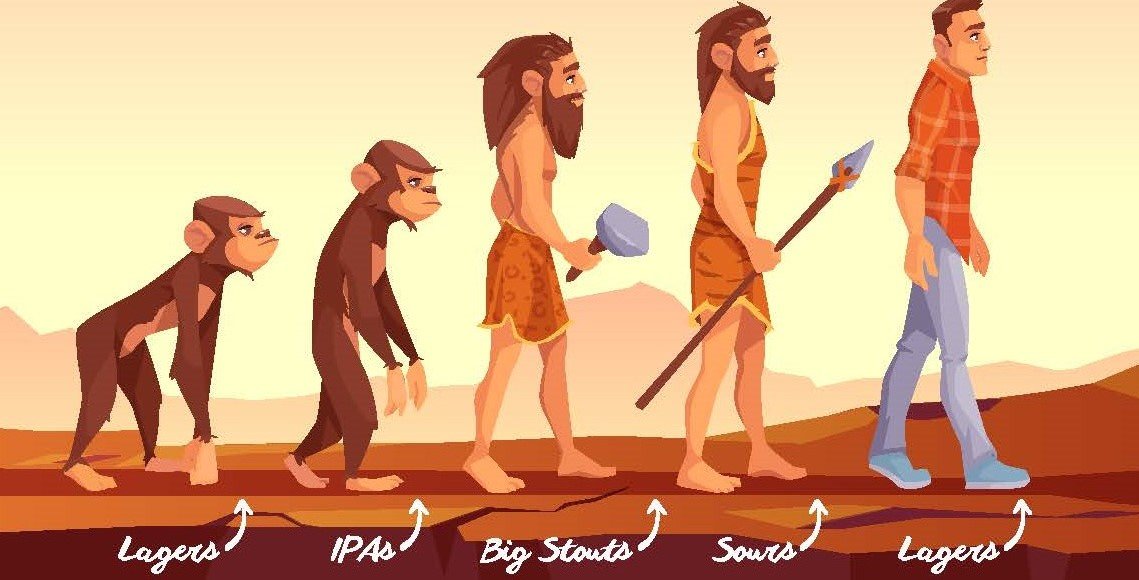 The winds of change came like an unforecast southerly blast.

The weather was still warm, Auckland deep in its drought. And I craved a cold lager.

The winds of change came like an unforecast southerly blast.

The weather was still warm, Auckland deep in its drought. And I craved a cold lager.

The craving took me to a fridge laden with beer that had arrived as part of my role in the New World Beer and Cider Awards. I had to write tasting notes for 100 beers … and yes, that’s harder than it sounds on paper.

I’d gone through the hazies at speed, reckoning they needed to be drunk fresh. I was holding off on some of the stouts and porters, waiting for the weather to turn.

The pilsners had been going down pleasingly.

And there it was, tucked into the back corner of the fridge: a 650ml giant can of Sapporo. Had I been ignoring it? Did I think 650ml of Japanese lager was too much for one person?

My procrastination possibly went deeper than that. I didn’t consider myself a lager lover so I was putting it off the way I used to deal with pumpkin as a kid … not eating it, not eating it … until my father said I couldn’t have dessert until I’d eaten that damn orange slab. Yes, it was parenting of the 70s. Ironically, I now love pumpkin. And there’s a moral there related to this lager story.

I wanted thirst-quenching, refreshing, cold, light … I grabbed the big Sapporo can and went upstairs to make dinner.

You know where this is going right? That beer was one of the most memorable drinking experiences of lockdown. It was just the perfect beer for the moment.

And suddenly, I realised I’d become a stereotype – I was at that end point of the beer-repurposed “Ascent of Man” graphic. My evolution as a “beer snob” was complete. I’d gone through the stages of supposed growth – from pilsners, to pale ales, to IPA, to Imperial Stout, with a few fruited sours on the side.

How is this possible?

How could I think – not even that, how could I have said – that I hated lager? And more than once over the past decade, I might add.

The answer was in a conversation I had with Keith Galbraith of the famed Galbraith’s brewpub in Auckland.

“When I started brewing,” Keith said, “I was so anti-lager because to me lager was an evil concoction from a big brewery. But more recently, as I’ve been travelling and tasting real lagers made by artisans, I realise there is something to it. I can see a time when they make a comeback.

“The beer styles that are around now; those big, hoppy beers, people will get bored with them. It’s like a big Bordeaux – but you can’t sit down and session it. Long-term it is going to be about more drinkable beers at lower alcohol and more approachable.”

There’s a couple of things to unpack here.

First, yes, I was in the camp that thought lager was synonymous with bland, fizzy, yellow beer. This is true to an extent, but it’s also a central plank in the craft beer revolution. For sure, many big brewers made “lagers” that were not, in fact, lagered. They were (are) a fast-food equivalence – a sped-up fermentation process that cranks out beer in a few short days as opposed to the weeks required for a genuine lager to ferment and condition.

In America, these adjunct-heavy lagers were typified by arch-enemy No 1: Budweiser. They were a force that craft beer pushed against. A revolution requires something to fight against and for the early American pioneers making new-age, hoppy pale ales – Budwesier and the like stood for everything they were against. In New Zealand, it was the classic New Zealand Draught as exemplified by Tui, Lion Red et al. These high-volume, fast-turnaround mainstream beers were the regime craft beer wanted to overthrow.

Lager, for people like me, was like an evil witch, a medusa – don’t even look at it! It stood for something I was against. But also, in its many green-bottle incarnations, it didn’t taste that good.

So how do you come back to lager if you think you hate it so much?

As Galbraith suggests, was I bored of “big hoppy beers”?

No. I still love those beers with a passion. If anything though, I reckon my palate wanted a change from a hazy overload. As much as I love a great hazy, they can be overwhelming, sweet and cloying. Too many give me indigestion as well. A clean lager is the polar opposite of a rich hazy. But still, I could have dialled back to pilsner and happily stayed there. Why go all the way back to lager? Am I really just a pendulum, swinging from one extreme to another?

I do think there’s something to that Ascent of Man graphic but it’s to do with an evolving palate, rather than trying to be so hip you have to go backwards to stay ahead of the crowd.

I can remember my first big IPA and thinking it was too bitter, my first sour – too acidic, first Imperial Stout – just too much of everything. But we go on a journey with these beers – our palates evolve and we learn to appreciate what’s good about them; the way I learned to love pumpkin all those years ago.

And the corollary of an evolving palate is a palate that’s more sensitive. I’m much more aware now of what I like and don’t like in a beer and can say what it is – my palate is better educated and more refined, it can pick up faults, subtleties and flavours that eluded me five years ago.

So now when I drink a well-made lager, I’m way more sensitive to its qualities. I can taste, understand and appreciate all the characteristics that make for a great lager.

But still, you need to have one of these in front of you and be prepared to embrace it in an open-hearted way for what it is.

A three-step guide to loving lager

So, here’s a two-step guide to loving lager.

Epic Lager. I bought a mixed six-pack maybe 18 months ago and drank all the hoppy beers, leaving the lager until last. And when I drank it? Bang! What a great beer. I couldn’t believe how good it tasted.

McLeod’s Longboarder Lager. I met Richard Emerson in an Auckland pub as part of the process of writing his biography and he was drinking this beer and swore by it. I ordered one. Who am I to argue with the greatest beer palate of our time? He wasn’t wrong.

Liberty Divine Wind. Smashed a few of these after a round of golf at Muriwai, where there’s heaps of Liberty on tap. Went down like a birdie putt on the last.

I might not buy a giant can of Sapporo the next time I’m in the supermarket … or maybe I will. But I will keep trying lagers from small New Zealand breweries.

Summary Michael Donaldson on examines his transformation into a lager loving lad.

Michael Donaldson on examines his transformation into a lager loving lad.