Nectaron: 17 years in the making 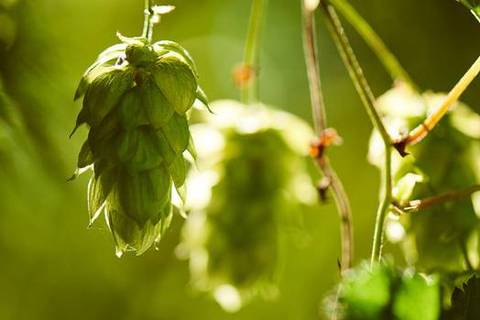 A good beer takes a few minutes to drink, weeks to brew and – when it comes to hops – years to make.

That’s the case with Nectaron, the latest release from NZ Hops that’s predicted to overwhelm the popularity of Nelson Sauvin thanks to its super-juicy, ripe stonefruit character. All told it was 17 years from the moment it was created to being commercially released in July.

The hop is named partly for Ron Beatson, principal scientist (Hop Breeding & Genetics) at Plant and Food Research. He has spent a lifetime breeding hops and was chuffed to have a hop named in his honour.

For Beatson, seeing Nectaron come on to the market is a like seeing one of your children leave home. After all, he’s known Nectaron – or Hort 4337 – from the moment he and his team created it.

That was in 2004 when two “parents” who had shown breeding promise were crossed. That marriage produced 170 plants in January 2004.

In March 2006, those plants produced their first harvest of hops and Hort 4337 was identified for further trials.

From there the plants were put in “holding pen” for the next stage where Beatson tested Hort 4337 alongside its “sisters“ for commercial performance.

“At that stage you don’t know anything about its brewing potential – but we knew it stood out for its agronomic performance and chemistry,” Beatson said.

Another five years passed before Plant & Food thought the hop had “sufficient merits” to be cloned and put it into replicated trials alongside other selections.

Crops were grown for two years. “Some showed promise and some we chucked away. One of the good ones was Hort 4337.”

The critical stage came in 2013 when Beatson’s team got a government grant to build a 50-litre brewery at their Motueka research plant.

As Beatson, in his laconic fashion, recalled, they got the grant by telling the Ministry of Business, Innovation and Employment they were “going to do some gee whizz science” around hop production. “One of the things we told a story about was that we were going to undertake more work on flavour science and hop selection. The only problem was that we didn’t have access to a brewing kit. When we got the grant we approached NZ Hops and in conjunction with a local engineer, Chris Little, they built a little kit for us.”

The small plant, including two 50-litre fermenters was commissioned in early 2014.“Lo and behold, within the first six months we identified Nectaron out of that because of its flavour.  We thought ‘this has got something special about it’.

The small plant, including two 50-litre fermenters was commissioned in early 2014.“Lo and behold, within the first six months we identified Nectaron out of that because of its flavour.  We thought ‘this has got something special about it’.

During this time brewers around the country trialled the hop to see what kind of beer it made in commercial batches.

“And at the same stage you’re going through a lot of hoops for the plant variety rights and registration of cultivar.”

This is the most crucial stage for NZ Hops. To market Nectaron they needed exclusive rights to it – and that involved proving the hop was unlike any other previously produced. Getting those plant variety rights (PVR) is like a patent – it allows to NZ Hops to trade on the unique characteristics.

NZ Hops chief executive Craig Orr says Nectaron is the “first of many new brands and personalities” his organisation will release in coming years.

Orr says Necatron will be in huge demand globally. “In its advanced trial stages, it has usurped the interest around Nelson Sauvin. We think it’s a quite significant threat in terms of the profile you see in American hops like Citra and Mosaic – it’s an absolute candidate to take over from those guys especially in its own backyard.”

The name veers away from NZ Hops’ recent naming protocol, using towns and villages in the wider Nelson hop-growing region such as Motueka, Riwaka, Waimea … and it comes with what Orr calls a “funky” trademarked logo.

Tracy Banner of Nelson’s Sprig & Fern made the first beer released using the trademarked name, Nectaron Pale Ale. “It’s going to take the world by storm,” Banner said. “It’s truly amazing aromatic hop, just fantastic. We’ve late-hopped and dry hopped with it and it oozes stonefruit – it’s just peachy. I haven’t experienced anything like this hop since Nelson Sauvin came out. It should make a big international impact.”