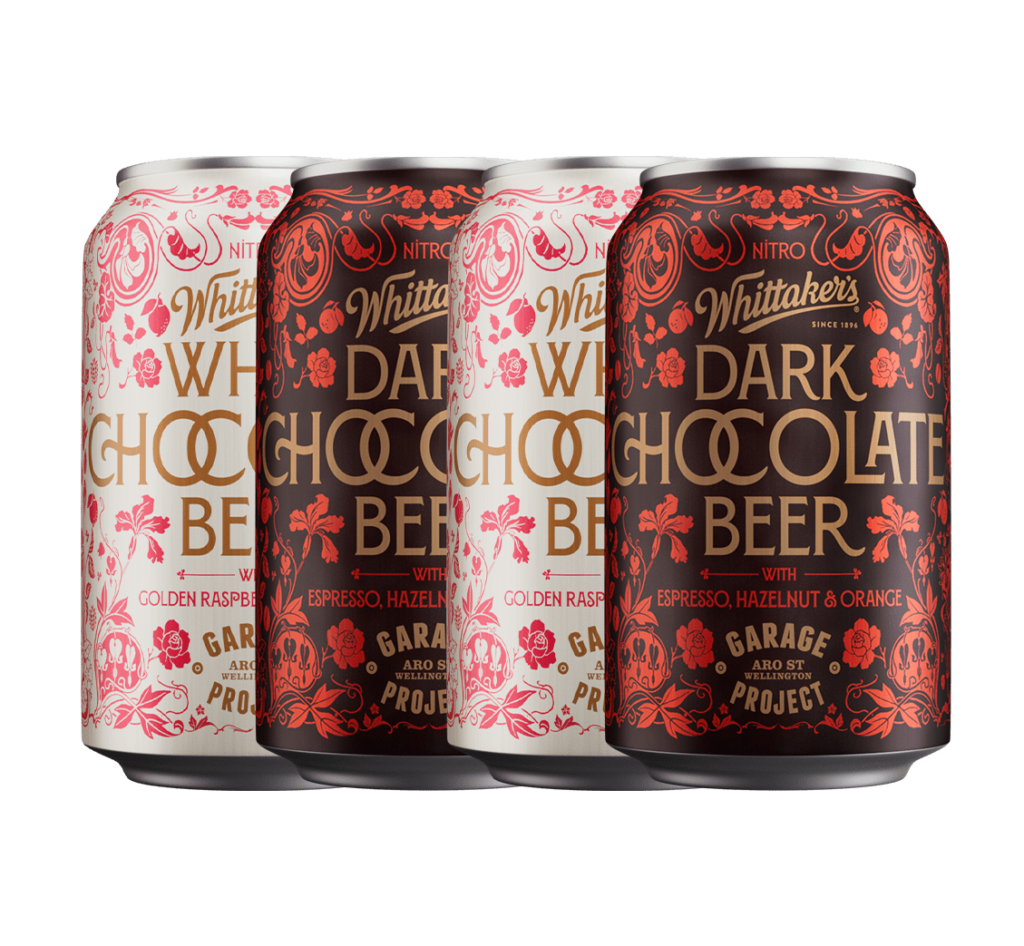 The angelic white or the demonic dark? After the huge success of the first Garage Project-Whittaker’s chocolate beer, the brewer and chocolate maker have teamed up again with a (very pretty) mixed pack featuring two (5.2 per cent) beers, both with nitro pours. They get a massive marketing tick for not putting “stout” anywhere on the label – a terms that turns off more people than it attracts. The dark chocolate “beer” is made with espresso, orange and hazelnut and the white chocolate is made with raspberry and lemon. The flavours of both beers are absolutely spot-on. Each note plays its obvious part so kudos to the GP team for nailing them. The nitro pour works well, with a sticker on top providing instructions. The drinking experience, for me, is literally black and white. The dark beer is described off the bat as “bitter” and yes, it is. And dry. This won’t be for everyone as it’s like a coffee bean coated in the darkest chocolate. The white chocolate (made with lactose and vanilla) was divine. Perfect flavours, lush but light mouthfeel, creamy but not cloying. Not too sweet. It was like a masterful, delicate dessert.  Drinkers, based on social media posts, are definitely divided over these – some love the dark and shun the white and with others it’s vice-versa. Some love both. Either way, there’s something for everyone. Perhaps the next step is to Urbanaut-style blend them; a kind of drinkable Eton Mess??