Sprig + Fern rebrand to keep up with pace of change 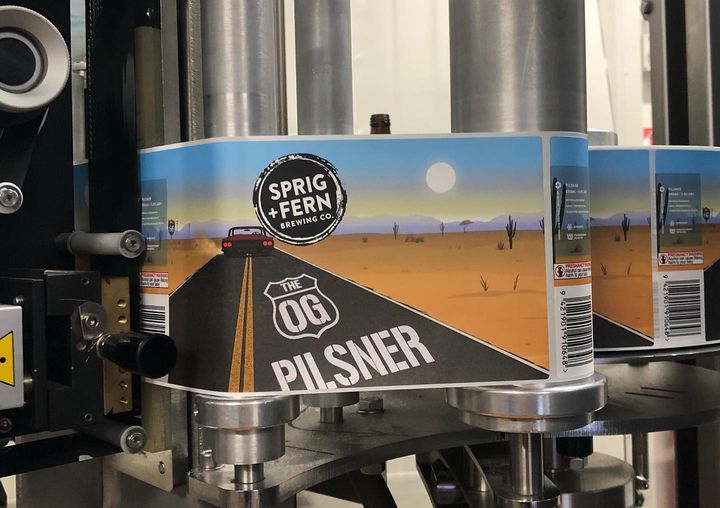 September 1 is a day for doing things at Sprig + Fern brewery.

On September 1, 2017, they gave their brand a much-needed refresh.

On September 1, 2019, owner-brewer Tracy Banner and her husband Ken bought back the original Sprig + Fern Tavern in Richmond, which they refurbished and sold again.

On September 1, 2021, they gave their brand a much-needed refresh.

At this point, if we were a video, there’d be a glitchy sound and picture would jitter and shake before doing a fast rewind to September 1, 2017.

It seems an awfully short time between do-overs but as Banner notes it’s a reflection of how fast craft beer is evolving and how quickly the brewery is growing.

Banner says her liking for doing big things on September 1 was undeterred by the fact we were still in a Level 4 Covid-19 lockdown.

“I always had the first of September targeted – and I thought `bugger it, we’re still going to roll it out on the first’. That way we actually got a couple of bites of the cherry – it was more supermarkets on September 1, then off-licences, and then we rolled out into the 13 Sprig + Fern taverns.”

That’s now 14 Sprig + Fern taverns, with the latest opening in a new subdivision in Richmond.

That tavern empire has been the backbone of Sprig + Fern and it was lockdown 2020 – when they were closed – that got Banner thinking about a brand overhaul and changing the brewery direction.

The initial brand refresh in 2017 was the first push into a wider national retail space after being “tavern-focused” and that focus broadened again last year.

“Last year in lockdown was pretty tough – with 13 taverns closed it was hard going. I was thinking ‘you can either bury your head in the sand or box on’ and that’s when I looked at things differently and thought ‘we need to change’.

It was then that decided to invest in a full-time marketing role (up from 15 hours per week) with Sinead Ogilvie coming on board. “The brief I gave her was that I was wanting change.” 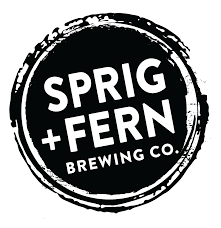 There were other elements behind the redesign.

Partly it was keeping up with the times.   The brand refresh in 2017 had coincided with the move out of PET bottles and into glass bottles – with the brewery investing in distinctive 888ml bottles with screw tops as opposed to crown seals. It was a solid, bright and distinctive change – and they won a packaging award at the 2018 Brewers Guild Awards. And yet, three years after that, it’s basically out of date, Banner says.

“In all the years I’ve been in the industry I don’t think I’ve seen change as fast the past three years. The rise of hazies and sours, along with the designs and illustrations has just gone gangbusters.”

It also reflects the fact the brewery is now punching out more modern beers, moving away from the “classics” they are known for.

“We’ve always been known brew reasonably stylistically – but some people have classed us as gateway craft. That’s because I’ve always had to think about taverns – you want people to have a second pint, not feel as if they’ve had a meal.

“So sometimes we can be regarded as a bit understated – but we are different to many breweries because we do have the taverns. But now we know that palates have evolved and that whatever we brew for the tavern we can sell in retail as well.”

And finally, they are about to get a new canning machine and cans need a whole new identity in terms of artwork.

Banner notes that it used to be that the brewery brand name took centre stage but with cans breweries are increasingly reducing the size of their logo and letting illustrations and artwork do the selling.

The old Sprig + Fern design – a wordmark centrally placed on a pretty-enough label – was not attention-grabbing enough for cans.

The labels now feature bold illustrations, with way more colour compared with the previous look. The changes all reflect the way the beers and the brewery have evolved.

Before also wanted a logo that was “inside” something, saying the old logo wasn’t strong enough – “it got lost.”

The font on the new logo is the same but they replaced the curly ampersand (&) with a stronger plus sign (+). Putting the brand name inside a distinctive black circle modelled on the condensation left by an imperial pint on a bar table has dramatically altered the entire feel.

Banner loves the “pint mark” and loves the fact the new logo “looks so much better on merchandise”.