Sweet dreams are made of mead

Chanelle O’Sullivan always has a few projects on the go but the latest — a meadery — is the one keeping her the busiest. Her mind goes at many miles an hour as she talks about Borage & Bee and her plans to grow and expand it.

But how do you turn one of the oldest — and arguably least cool — alcoholic drinks in the world into a beverage that anyone in the 21st century would choose to drink? That’s what O’Sullivan has been figuring out.

With super sleek can designs, the carbonated, low-sugar, low-calorie, gluten-free drink is finding its place in a sea of beers, ciders and seltzers.

The founder, a 32-year-old mother-of-two based in Wanaka, had the idea a couple of years ago, when reading an article about how mead was taking up overseas. 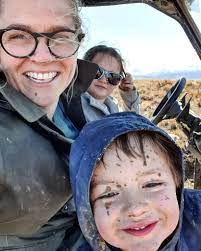 “I read an article about it when we were heading overseas for a holiday and I saw the opportunity. Wine and beer are some of our biggest exports so it made sense,” she says.

“I would never create another wine. And same thing with beer. Cider has been thrashed. I couldn’t improve on what’s already on the market so I wanted to come up with something completely new that wasn’t in the market already.”

Her brain went into overdrive as she started thinking up flavours and designs, remembering her years of living on stations and farms, homebrewing litres and litres of cider and fruit wine as a way of preserving fruit from orchards that would otherwise go to waste.

Living in New Zealand, sourcing quality local honey for her mead was never going to be an issue. Knowing her homebrewing skills were not quite up to scratch for a proper commercial operation, she enlisted the skills of brewer and scientist Sam White, who listens to O’Sullivan’s ideas and works out the recipes to turn them into a drinkable reality.

“He takes my ideas and puts very specific and clever processes and recipes to it. I’m very slap-happy, whereas he’s all about process, regulation, sterilisation and perfection. I couldn’t do it without him.”

From Lake Hawea station, where O’Sullivan lives with her husband David and two children, Izzy and Hunter, come all the ideas for the drink, which aims to tell the stories of New Zealand’s regions and produce.

Take the first can release, for example. Beyond the sleek can design with the honey dripping down the can, there’s a whole story to tell. Wrapped around the can is a water-colour painting by local Wanaka artist Sophie Melville, showing the view of Lake Hawea from John’s Creek — the same view from O’Sullivan’s dining table. The can design for her second flavour, released earlier this year, is by another local Wanaka artist, Jane Shriffer. 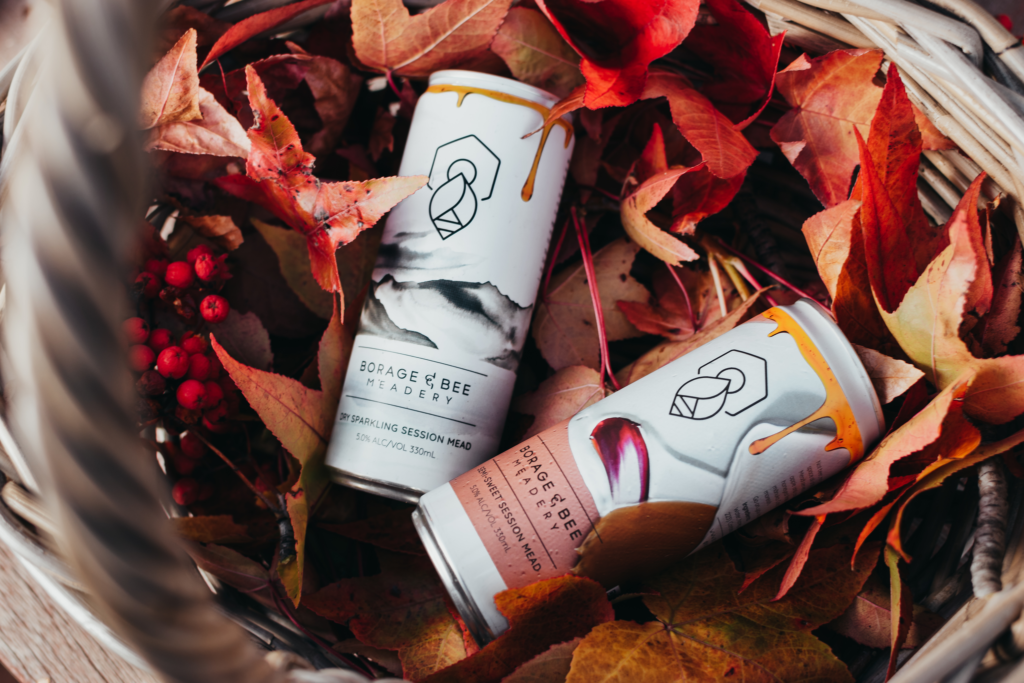 Using honey from family-owned apiaries in Oxford and Twizel, Borage & Bee aims to keep it local, and tell the stories of the regions it comes from. From showcasing local artists on her cans — themselves quite the work of art — to using only locally sourced ingredients, her goal is to highlight the richness and diversity of the country’s regions.

“Essentially, there is nothing in our mead other than honey, yeast and water, until we start playing with New Zealand-grown botanicals, herbs, spices and fruits,” she says.

Her next flavour idea is also close to home: Central Otago apricots and wild thyme. For this one, she will be using honey from apiaries in the Cromwell and Bannockburn area.

“I think there’s a real opportunity there,” she says. Knowing the modern consumer demands more from each product, she wants to harness that desire for an emotional connection to New Zealand’s regions. “You get people’s buy-in when they understand more of where it comes from and who makes it, so I’ll be telling the stories of the producers as well, to highlight them and their families. And that way it’s sort of a circular system.”

She’s not stopping there. The winter weather gets her planning a mulled mead and a spiced mead that she imagines people enjoying at pubs like Cardrona as an apres-ski drink. A bar in Auckland has just started selling a cocktail using Borage & Bee mead as a base. You can also add hops to mead and make a braggot — which could be a way to convert beer drinkers.

“Because there are no flavour limitations, the possibilities are endless,” she says. “We’ll do seasonal, regional releases and releases highlighting produce as well.”

Managing growth as a one-woman operation

O’Sullivan is busy. The washing machine is running, the kids have been dropped to school and she’s back on her laptop for more dealings with stockists and more work on this upcoming capital raise.

For now, Borage & Bee is just a team of one, with White as a contract brewer. The headquarters are this same dining table, overlooking Lake Hawea. There are many late nights spent here, staring at spreadsheets and plotting what’s next.

The $300,000 capital raise, which O’Sullivan launched not long after our chat, is going towards a PR and marketing campaign, inventory growth, adding North Island distribution, and buying two tanks to get Borage & Bee manufacturing its own mead, rather than contract brewing. The ultimate goal is to set up her own manufacturing facility and start producing enough mead to look at exporting.

“I’m trying not to think about it too much, because then you start getting into millions of litres,” she says. The issue right now is to manage Borage & Bee so its growth is sustainable, after what was quite an explosive start, with the company launching a couple of months ahead of plan and benefiting from the skyrocketing alcohol sales brought on by lockdown last year.

For now, the Borage & Bee cans sit in Foodstuffs stores across the South Island, online at Regional Wines, at Moore Wilson’s in Wellington and Farro stores in Auckland.

In the future, who knows? She’s had expressions of interest from places like Dubai and China but needs to ramp up production before she can even think of those. Her sweet dreams are made of mead — and who are we to disagree?

What exactly is mead?

Traditionally, mead is a still wine, sweetened by honey and fermented by yeast over time. The drink’s origins trace back more than 9000 years, which makes it one of the oldest fermented drinks (perhaps the oldest?) in  human history.

It is fermented in a process similar to cider and kombucha. Compared to cider, it uses honey instead of apples. It is brewed in the same tanks used for beer fermentation but it takes considerably longer to ferment — about four weeks.

Borage & Bee’s modern twist to mead is done by carbonating what would traditionally be a still honey wine.

I was walking around Mapua Wharf on a recent trip to Nelson – about to head into Golden Bear for a pint – when a couple on electric mountain bikes stopped.

“You’re Deirdre,” the woman said to my wife, who runs a natural skincare company called Agnes & Me. “I buy your face cream.”

My wife is not what you call a rock-star skincare maker but the fact one of her customers recognised her was a humbling and encouraging moment. We started chatting to Lyndle and John and before long the subject moved on to beer at which point Lyndle revealed her daughter had just started making mead.

A few Instagram messages later and I was talking to Chanelle O’Sullivan about Borage & Bee. And it turns out she gets her mead brewed by Bright Beer, run by Sam White (formerly Emerson, Steam, Tuatara).

The circular nature of the whole thing – one brand connection leading to another – got me thinking about the power of the local economy and how important it is in these Covid-19 times to keep money going around within New Zealand.

Vera Alves is a Portuguese writer living in Wānaka. She discovered she quite liked beer back in her uni days drinking cheap Sagres "imperiais" under the Lisbon sun but then moved to New Zealand, got a job and started drinking better beer (although she is, to this day, partial to a Sagres). Most of her Covid app check-ins are at breweries and she will not apologise for it.