At some point in recent years, craft beer became a pillar of hipster culture.

The adoption of craft beer by the hipster is a contentious issue for some people, who claim that craft brewing is under siege from a group of snobbish, insatiable, self-proclaimed connoisseurs. Have a scroll through the comments section of any craft beer blog to get a flavour of what I’m talking about.

Amongst other things, the Hipster is blamed for pushing craft breweries to make increasingly hoppy beers to the point they are unpalatable for even seasoned craft beer drinkers. Many commenters note that the Hipster has effectively ruined the American Pale Ale. The problem with apportioning blame to the Hipster is that the Hipster does not self-identify. Hipsters are sort of spectral beings, blissfully unaware of their existence – think Bruce Willis in The Sixth Sense. And so, blaming the Hipster for ‘ruining’ craft brewing is a bit like blaming the Boogieman for a poor night’s sleep.

That said, I’m not writing about the merits or demerits of the Hipsters’ apparent prominence in craft brewing. Instead, I consider what the blog commenters do not; why has craft beer become an object of attraction to the Hipster?

To understand that, we need a basic knowledge of what the Hipster is. Hipster was first used to describe connoisseurs of 1940s American jazz. It was intended as a term to mock those who were particularly fond of jazz music. Its journey to modern-day usage is not entirely clear, but sociologists seem to converge on the idea that Hipster is still intended as insulting terminology. However, the sources of the Hipster’s gratification have developed well-beyond American jazz. The Hipster’s loves and desires can be broadly organised into one or more of the following categories: authenticity, irony, and a love of old treasures.

The Hipster seeks to be unique, individual, distinct from the rest of society. This is how the Hipster is authenticated. Authentication is how the Hipster separates his or herself, at least superficially. Think for a moment about the over-engineered facial hair, the plaid shirts and bowties, and the tight-fitting denim jeans. Dressing like an aristocratic lumberjack is no mistake.

The Hipster’s drive for authenticity surely means that something as pedestrian as beer is not an appropriate drink?

The Hipster’s drive for authenticity surely means that something as pedestrian as beer is not an appropriate drink? Perhaps. But, what about craft beer? Well, craft beer also seeks to be authenticated. If you’re within reaching distance of a can or bottle of craft beer, pick it up and turn it around. I’ll wager you six hazy IPAs that there is a story on the back. It could be a short missive about how windy Wellington is or why the tuatara has three eyes. These stories serve to authenticate the beer we drink. The appeal to the Hipster is obvious. Do you want to be authentic? Sure, here’s an authentically Wellingtonian craft beer.

Stories are not the only source of authenticity. What about the artwork on the can or bottle? It is most likely fantastically artistic and colourful. Craft brewers like to portray their beers in a fundamentally individualistic, authentic way; so does the Hipster.

Then there are the beers themselves. The unfiltered hazy IPA, the sour ale, the double IPA, the saison – I could go on and on. These innovations in craft brewing are all intended to authenticate the beer and its brewers. And so, the Hipster’s attraction to craft beer becomes apparent, when we consider the shared strive for authenticity. 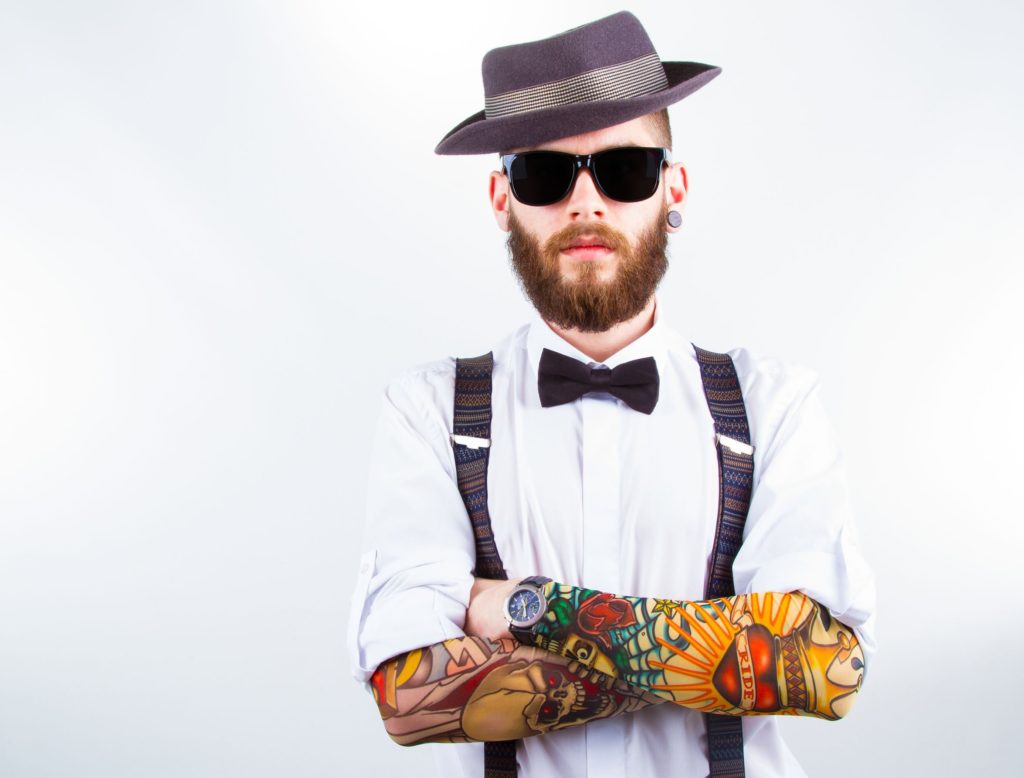 As far as beer goes, this meant that until recently the Hipster tried to convey irony by drinking the cheapest and most unpalatable beer they could find. Pabst Blue Ribbon became the beer of choice of the Hipster in North America, as it was perceived to fit the criteria. Ironic eh? The Hipster also drank Pabst Blue Ribbon straight from the can – not only because drinking directly from the can is a bit of a cardinal sin amongst beer lovers, but also because drinking directly from the can is the only way to subtly let other people know what you’re drinking.

The Hipster’s association with Pabst Blue Ribbon has gradually fallen apart in recent years as the beer experienced a resurgence in popularity with the general public. It is not ironic to drink what everyone else drinks.

The Hipster, therefore, needed to satiate their desire for irony with something else. Craft beer was the answer. You might wonder, what is ironic about craft beer? Well, not a whole lot but when we consider hop bombs, the Hipster’s rationale becomes clear.

Hop bombs are a divisive subject in craft beer, they are often criticised for being hopped beyond drinkability. And that is exactly why the Hipster loves them. What’s more ironic than drinking something many people consider to be undrinkable?

So, how does this apply to craft beer? Craft brewers are generally innovative, and don’t have a lot of time for ‘tradition’ when it comes to formulating the latest batch of strawberry shortcake hazy IPA. The Hipster does not view craft beer itself as an appeal to treasures of the past, but the craft beer bar and brewery bar are beguiling to this indulgence.

You might be in such a bar while reading this article. Take a look around – you could be forgiven for thinking that some of the furniture and décor have been transported through time and space from your granny’s house when you were young. The reclamation of dated furnishings satisfies the Hipster’s love of treasures from the past. It’s also a wee bit ironic – the Hipster double-tap.

When we consider what drives the Hipster, the appeal of craft beer is obvious. What is less obvious is whether authentic beer, hop bombs, or your granny’s furniture have attracted the Hipster to craft beer, or whether the Hipster has covertly infiltrated craft brewing and orchestrated these things to satisfy their desires.

It is here that we beer lovers must reflect, and consider that maybe we are the spectral Hipster – just like the apparition of Bruce Willis; unable to identify our true selves as we wander through craft beer bars and bottle shops, shaping our beloved craft beer industry.

Jamie fell in love with the New Zealand craft brewing scene shortly after moving here from his native Scotland in 2018. Last year, he began authoring his PhD, which aims to better understand relationships within the New Zealand craft brewing industry and how they influence the innovativeness of breweries. When he’s not working on his PhD, Jamie likes to spend his time and money in Auckland’s many breweries and bottle shops. His favourite beer styles are Belgian Tripels, Irish Reds, and well-hopped IPAs. Despite his love of craft beers, Tennent’s lager will always hold a special place in his heart.

Townshend back on track