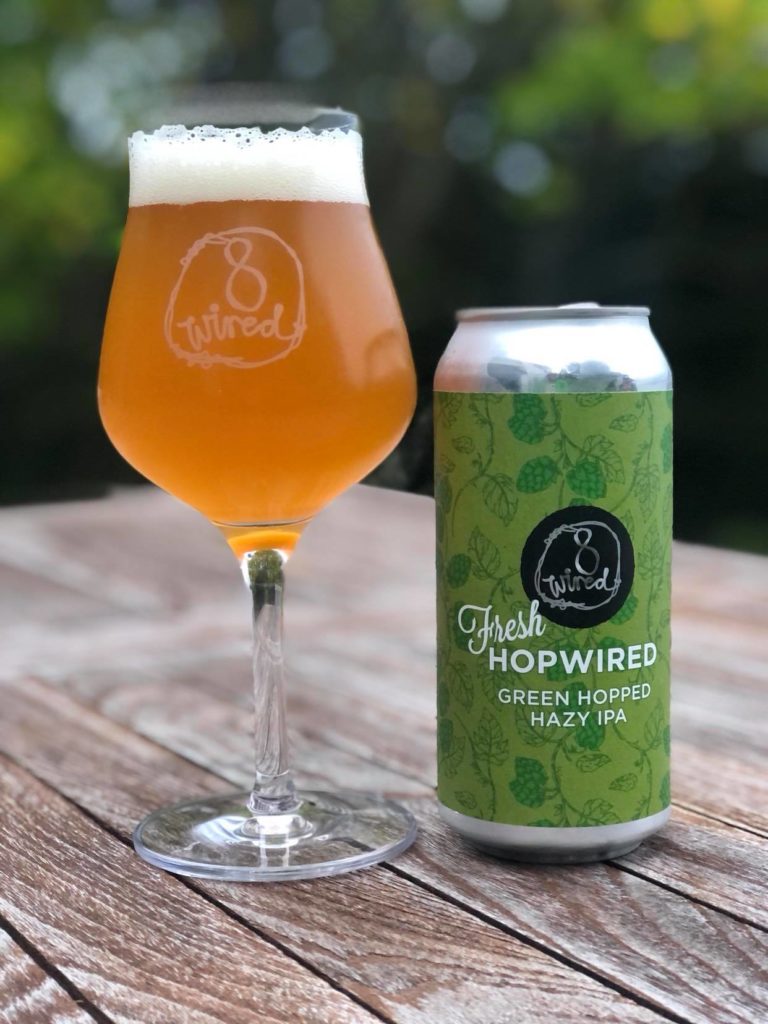 8 Wired’s revolutionary NZ-hopped IPA is an iconic Kiwi beer, the lead of the trend that’s now seen NZ-style IPAs added to judging styles by the US Brewers Association. The Fresh Hop version is described as a green hop hazy IPA which I guess it is, by default, rather than design.  The initial hit is boozy Wine Gums, followed by a thick and resinous mouthfeel and it then mellows out to juicy grape and grapeskin skin flavour with a lovely sweet-bitter finish replete with lingering grassy notes making for a buzzy bitterness that’s really quite pleasant.