By Neil McInnes
Hoppiness at home

May was marked by the curse of the drinking class – work. As a result, I missed a swag of beer events early in the month. I did however get another business trip to Hamilton as a consolation. This time I went to the Good George brewery taproom in Frankton for lunch. I had a pizza and a mid-strength Amber Ale that tasted like a modern (Waikato) draught. Retro even.

The May beer club night was at Choice Bros on Ghuznee Street. I started with the nitro smoothie sour, Blinded By The Light – a collab with Maiden Brewing. Medium sour, citrus acid dominant. I then had 3 IPAs all at 6%. The Pacific IPA – Taste of Boat Song – had a fresh, almost herbaceous aroma, tropical fruit flavours and a herby, bitter, finish. The Starman IPA had a citrusy aroma and a bigger hop flavour, and a great malt balance. The Virtual Insanity tropical milkshake IPA had a nice fruity taste of oranges and grapefruit that wasn’t over-powering and a good bitter finish. I ended with a dangerously drinkable IIPA called Radar Love and a small glass of Shake It – a chocolate milk stout – with a double chocolate cookie. Good stuff.

The Beautiful South was a night of mainland craft beers one Friday at the Malthouse. First up was a watermelon Belgian blonde from Kaikoura’s Emporium Brewing, which had a sweet melon note in a spent yeast honk and a medium bitter taste with watermelon flavours. Rhyme X Reason from Wanaka had a habanero saison that was light bodied and not too hot in the mouth, but the chilli heat noticeably built up in the back of the throat. Kooky. 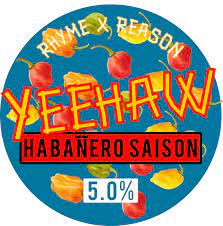 I finished with a Siege of Liege, a great tasting farmhouse ale from Craftwork of Oamaru. Spicy aroma and a complex winey flavour of apple/pear with a sour, quenching finish of dried fruit.

While I was still standing I made my way to Waitoa on Victoria Street for the double IPA session underway. I had the Emperor, Waitoa’s fresh hop DIPA that I had during Hopstock, which has a substantial malt character than carries the extra hops and the high abv well.

The Garage Project Wild Workshop is their barrel room off lower Ghuznee Street and its open Friday and Saturday evenings. They sell a changing roster of tasting flights of barrel aged beers. I had a couple of goes at this over a successive Friday nights in May and the ones to note were: Four Legs Good – a 2.5% table beer that was sherbety, dry and refreshing; Heels to Jesus – a satisfying Belgian ale spiked with live brettanomyces that would make a great pint; Crystallised Visions – a blend of hazy IPA and sour ale from the barrel that had an exciting aroma of wood and fruit, a good, integrated flavour and 8.7% abv; Out of the Woods – a barrel aged, wood fermented dark ale of 10.9% that has been infused with native wood and herbs. Big malt flavours, big wood flavours, complex and challenging: Yeah Boy!

One weekend late in May there were both Hurricanes and Phoenix matches at the stadium, so I went to my go-to stadium beer, Fortune Favours Adventurer Pale Ale, which is a passable pint in a plastic cup. Also getting the pass mark recently was a spritzy and hoppy Emerson’s Pilsner on tap at the Auckland Koru Lounge and Panhead Supercharger at the Bond Street Inn – and old school city boozer with 80s garish décor, a TAB, pokies and a Friday night meat raffle. Chur.

Neil McInnes is one of the oldest of New Zealand’s first wave of craft beer writers. His beer column for legendary Wellington city community newspaper, City Voice, ran from 1993…