By Neil McInnes
Hoppiness at home

In early August I had only just started re-indulging in craft beer again when the spectre of another lockdown started circling.

Luckily, on the night we went back to Level 2 I had a booked a beer club night at the Waitoa Social Club on Victoria Street, so were able to have a relatively uncompromised night out on the turps. The sweet, sour and salty Mangose we had as an aperitif made a big impression, as did the food from the Little Penang restaurant next door that is served in the bar. The tasty seafood nasi goreng went well with the solid Waitoa Hataitai IPA made with Rakau and Mosaic. We finished with chocolates and the roasty Waitoa Porter which was a pleasant combo and a nice way launch ourselves into the unknown.

I was booked into a family ski trip to Ohakune for mid-August before the restriction was announced, but we went anyway. The town was unsurprisingly as dead as a dodo and beer hunting at Ohakune New World was as good as it got. On the way back to Welly we stopped at Otaki and I revisited one of my teenage haunts – the Otaki Railway Hotel. In the oldest old-school public bar I’ve been into for an age, I had a sleever of ice-cold Steinlager and watched some league on the TV. Let’s do the time warp again.

Back in the capital, getting an after-work beer during Level 2 was a trial and I was unable to get served due to the lack of seating more than once. I did, however, persevere and one evening I enjoyed the turbid and tasty Parrotdog Hazy IPA called Adrian at Grill Meats Beer. On another, I had the impressive Deep Creek Cassis fruited sour at Hashigo Zake. That particular evening I also had Blue Moon’s barrel aged imperial stout, Mad Monk; intense and drying with bitter chocolate and coffee notes, this was O for Oarsome.

My September beer club night was a hugely enjoyable pizza night at The Malthouse. I started gently with a mellow Moa Botanical Gose which was salty with a slight juniper note. Brave Brewing’s Punch Hazy IPA had a great cat’s pee hop aroma, and a lemony taste that was good with the jalapenos on the loaded fries. The quaffable Baylands Typhoon Detector American Red Ale was soft and light with a good concentration of malt flavours. More importantly, it was hoppy enough from the Simcoe, Citra and Amarillo West Coast hops to cut though the pizza’s oiliness. We ended the night with Cassels Double Cream Milk Stout which is made using the lactose sugar in whole milk. Rich, strong (8%) and malty with a mocha aroma, this was a dream.

To cope with the restrictions on gatherings, this year’s Winter Ales Festival was a “self-guided celebration of great beers”. Held on a Saturday, there were beers from 40 breweries at five central city bars. The only way to get around this and still retain full control of my faculties was to do it in two shifts.

I made a lunchtime visit to the Rogue & Vagabond and started with Behemoth’s Me Time Nectaron, a hazy IPA made using the new blockbuster Nectaron hop from NZ Hops that big Andrew is championing. This beer was a chunky 6.8% with a tropical fruit aroma, a big and punchy bitterness, and a dry, fruity sourness to flavour and finish. This puppy seems tailor-made for food – fried fish came to mind. I then tried The Prince, a US-style ESB from Southpaw Brewing, but this was overshadowed by the big beast I had just had. So, it was off to LBQ.

There I started with a Sticky Treat from Derelict Brewing. Made with lactose, raspberries, vanilla pods and lashings of marshmallows, it had a lovely pinky-red colour and an aroma of milk bottle lollies. Labelled a pastry sour ale, it was sweet and sour with a yeasty pie-like thing going on. I’m not sure whether I liked it or not, but I was glad I tried it. The Baltic Porter from Sawmill Brewery was a bit more conventional: roasted malt notes, warming alcohol and a decent amount of hops in taste and finish. Well-balanced without any over-the-top gnarliness, this was one of the smoothest baltic porters I’ve had in a long time.

After a period of convalescence at home I went out for the second shift in the early evening. First up was Fork & Brewer, where I had the classy Cassels Milk Stout on nitro. It looked like a Guinness, had the drying coffee finish like the Irish Champagne, but was soft and lighter in body with sweet, chocolatey flavours. I could have had another, but instead I had a hand-pulled Smokey the Manuka Beer from Three Boys. A red ale made with manuka smoked malts, this one was not Rauchbier smokey, but well-balanced with a quenching bitterness and a winey note. I finished on the North End-Yeastie Boys collaboration West Moon. This pushed all my buttons before I even drank it. A barrel-aged Burton ale of 10.5%, made with wild yeast and a 12-hour boil. This was malty, hoppy, winey and drying to nearly the point of puckering. I will refer to this as Oaky McOakface from now on.

By now I had a head of steam up, so when I got to Hashigo Zake I was lucky that I could buy all of the beers in serves of 100mls. This was a blessing as Craftwork’s Whiskey Dubbel was 13% and tasted like what it said on the tin: Belgian-style and aged for four months in a whisky barrel. Fantastic, but I was now in danger of descending into a vortex of uber stouts and barrel-aged beers. Parrotdog LB Hazy IPA therefore seemed a sensible step. It smelled of oranges, had a powerhouse grapefruit hop flavour and a prickly hop finish. Hop acid man. Before I left Hashi there was just enough time to surrender to my inner stout fiend. So I had the Java Imperial Stout from Eddyline Brewery, which was 9% and fabulous.

The last stop was the Malthouse where I asked the barman for a recommendation. He said I should try the imperial stout from McLeod’s. I nearly kissed him. Blackwatch 2020 was the bomb. It was full, big and gnarly, and left the taste of liquorice and hops in the mouth. ‘Where is the cheese?’ I said to myself as I levitated out the door.

Hop Dogs is a new craft beer and hot dog pairing event. Ten different city venues entered and I tried four over the 10 days it was on. The J Dog at Grill Meats Beer was the meatiest I tasted and had good spicing – something the tangy Juicehead tropical sour cleaned out well. Duncans bitter-sweet Unchartered IPPA (Indian Pale Pilsner Ale) was also a palate cleanser for the big chilli flavours of the Chur-i-Pan chorizo dog at Rogue and Vagabond. Sauerkraut flavours dominated Bin 44’s The Mad Hatter – something Boneface Outlaw India Pale Lager struggled to rein in. The Hudson’s Alter Freund also had sauerkraut, but the spicy bratwurst was firm and meaty, and the t-sauce, mustard and grated cheese topping classical. The lemony Run to the Pils from Bassline Brewing it was matched with rounded out a solid offering. 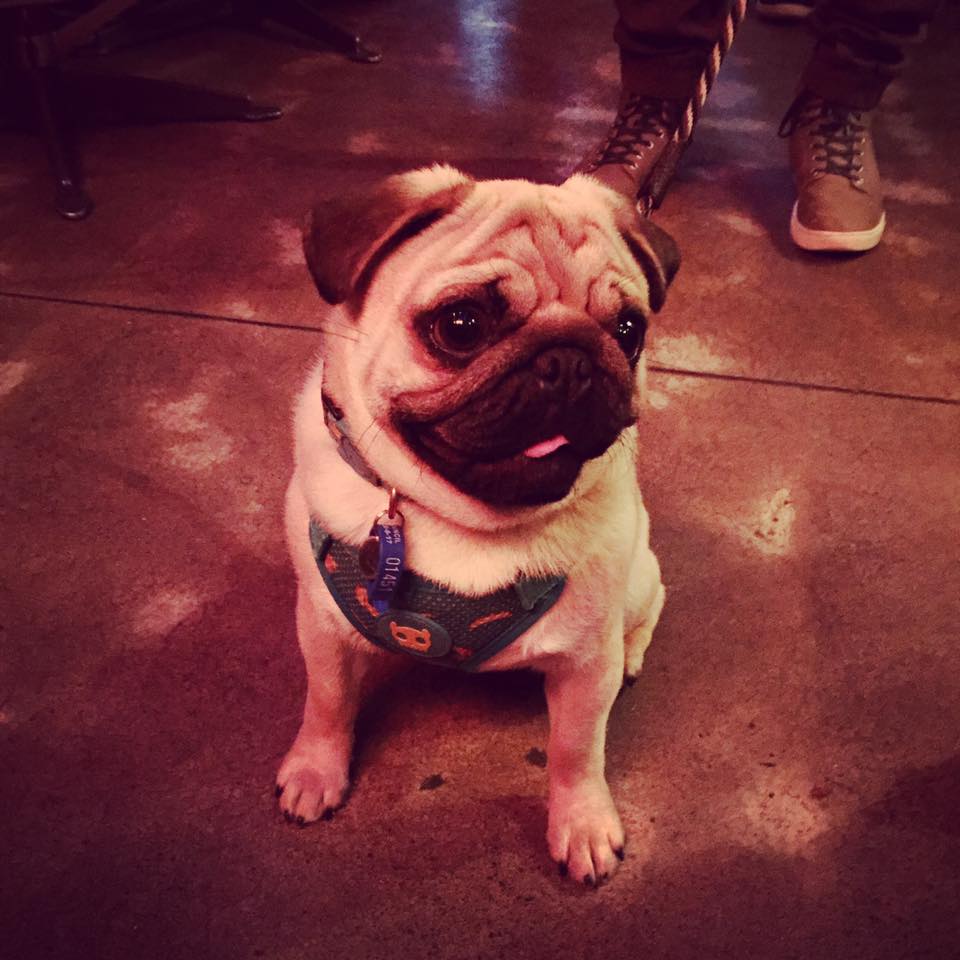 Pints for Pooches was a fundraiser for the SPCA run one Saturday after we had moved to Level 1 in late September. Garage Project puts on a renamed keg at participating dog-friendly bars around the central city and we all feel virtuous as we get nailed. I had a Pernicious Woof at LBQ, which was a bit of a hop blunderbuss (surprise, surprise) and a spicy hop DOG at the hip Puffin. I tried to get into Choice Bros but the lure of a sly pint on a Saturday afternoon was obviously too great as there were no seats and a long queue at the bar.

Level 2 drinking was a hard road to hoe for most of us; one publican told me Level 2 was “half the revenue for twice the effort” and at least under lockdown, you didn’t lose so much money.

Neil McInnes is one of the oldest of New Zealand’s first wave of craft beer writers. His beer column for legendary Wellington city community newspaper, City Voice, ran from 1993…

More about the author
← Art For Beer's Sake Search is over →