By Rhys Pargeter
Hoppiness at home

Hands up who remembers the Dukes Of Hazzard?

I’m not talking about that horrendous Johnny Knoxville remake from a few years back either. I’m talking about the original Good Ol’ Boys, Bo and Luke Duke. Remember their cool-as-hell Dodge Charger called the General Lee? Do you also remember what they used to cart around in the boot of the General? (Or trunk if you’re from the U.S of A?) It’s basically the reason that they used to drive around so fast trying to avoid the sheriff at all costs. That’s right, they had a boot full of moonshine! High quality hooch delivered to the residents of Hazzard County with a smile and a twinkle in their eyes. They were bootlegging!

A few weekends ago, a couple of mates and I discovered what could be Hamilton’s version of hooch suppliers to the masses of the Waikato – just like those Duke boys. They’re called Bootleg Brewing, and I can vouch for the fact that they supply super high-quality hooch… I mean beer.

Bootleg Brewing are nestled in an old dairy factory in Matangi, just outside of Hamilton City. It’s an easy 15-minute drive from the CBD. Think Chernobyl meets beer and you’ll get a bit of an idea of what greets you when you round the corner and see the taproom for the first time. It is literally one of the coolest buildings I’ve seen in a very long time. And the fact that they brew and serve beer there just cranks the cool factor all the way up to 10.

As a keen homebrewer, I cheekily asked for a small look at the brewery; a bit of a glimpse behind the veil to see where the magic happens. What I discovered was a brew kit that’s capable of cranking out delicious small batch beer, and it doesn’t look a million miles away from what I use myself at home. The most obvious difference being that I could only dream of making beer of the quality that these guys produce.

While we were talking about their beer, what better way was there to find out more about them than to order a tasting flight and sample as many as I could? Responsibly, of course.

What I found was an accomplished and incredibly brave micro-brewery. They have a full selection of their beers on tap ranging from a Helles to a Saison, an XPA to an IPA, a Hazy IPA to a Stout – with quite a few options in between. Each beer was a brilliant example of the chosen style, with a couple of quite exceptional standouts. My personal favourites on the day were their Apehanger IPA, their Baby Face Nelson IPA, and their White Stout called Pea-Knuckle-Lada. Apehanger is an old school IPA. It’s bold, aromatic, hoppy, slightly pungent and bitter with a resinous dankness that I love so much. Pea-Knuckle-Lada was roasty, chocolatey, rich and sweet with a delightful pineapple and coconut cocktail-like quality, all the while looking just like a classic IPA in a glass. 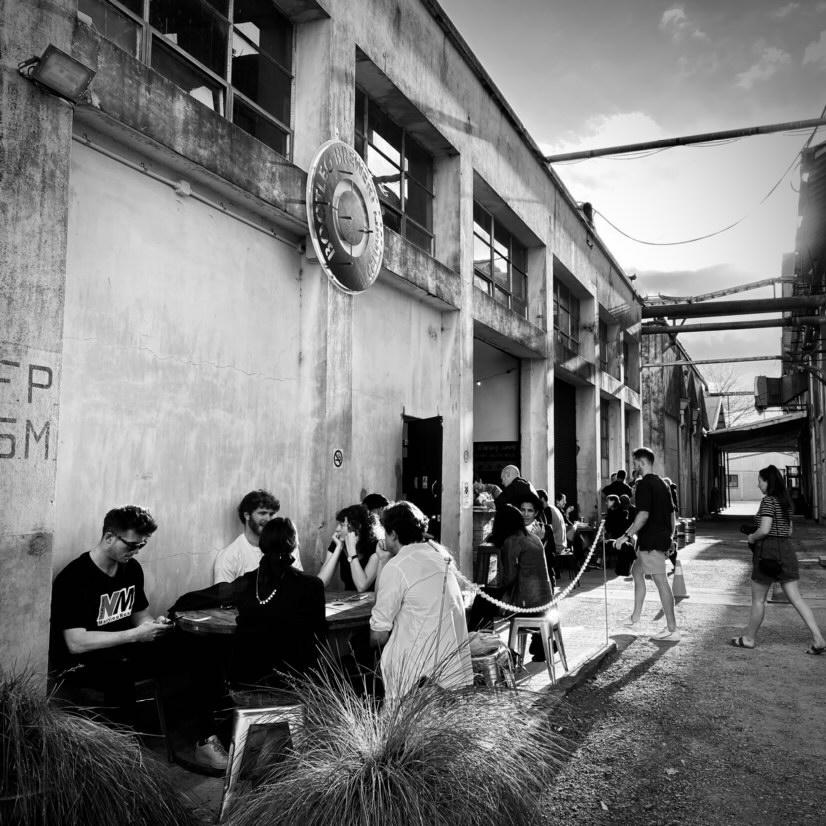 On top of what’s available to drink on-tap, Bootleg also have a bottled small batch range called the Matangi Small Batch series. If you see them in your bottle store or online beer shop, then they are well worth grabbing. And the bonus? They come in a 500ml bottle with a tear tab lid. Awesome.

Bootleg Brewery regularly have live music and also some amazing and varied food trucks on site to cater for all needs. I can vouch for the woodfired pizza truck that stops by; beer and pizza – is there a better combo? I’ll wait…

All in all, this was the brewery find of the year for me. I love an underdog and I also love to support local and independent. I have since taken my family back for a second visit and I can assure you that it won’t be the last time I go to hang out at Bootleg Brewery. If you are ever driving through or past Hamilton, then don’t hesitate to swing by Matangi and visit these good ol’ boys for your high quality small batch hooch/beer. You won’t regret it.