In the short history of the New World Beer & Cider Awards it’s hard to think of a more complete line-up than this year’s Top-30.

All the best beers in each category were judged head-to-head and the panel landed on one to rule them all. And it turned out to be a classic masterpiece: Emerson’s Weissbier.

This is reincarnation of a wheat beer Richard Emerson first brewed in 1995 when it was tagged “cloudy wheat beer” by way of explaining to people that it was not supposed to be clear like all the other beers of the day. It’s back as part of a “heritage series” with a modern and playful marketing campaign, and is now tagged “German-style hazy” — taking full aim at the flood of hazy IPAs on the market. And like a hazy it is driven by fruit flavours, but here it’s banana lollies, a product of the distinctive yeast which is true to the traditional German style.

It really is a classic, both of style and in New Zealand brewing history, having won a trophy at the Australian International Beer Awards in 1996. 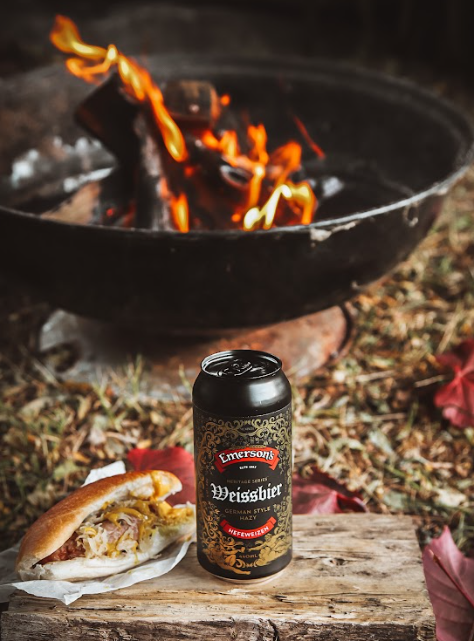 And it sets the tone for what is a “classic” feel for the Top-30 in 2022 that features two Belgian-style beers: a saison and a framboise, or raspberry lambic.

North End’s Bones of the Land is a tribute to the famous Saison Dupont, itself an homage to the deep history of farmhouse ales brewed in Belgium. And then there’s 8 Wired’s A Fistful of Raspberries, a Kiwi interpretation of the Belgian Framboise style that blends raspberries to a wild-fermented beer.

And speaking of classics, or legends, Garage Project’s Pernicious Weed appears in the awards for the first time. This was the first beer Garage Project founder Pete Gillespie poured when the brewery officially launched 11 years ago. It’s a cult favourite of so many beer fans and it’s obviously tasting as good as ever.

Another legend of the Kiwi brew scene is 8 Wired’s iStout, a 10 per cent imperial stout that is the best of its kind on offer in Aotearoa.

It wouldn’t be the Top-30 without Panhead Port Road Pils, which once again proved it’s the best pilsner in New Zealand, landing in the Top-30 yet again.

At the other end of the scale we’ve got some incredibly modern and on-trend beers. Notably the two best non-alcoholic beers brewed in New Zealand — Bach Brewing’s All Day IPA and Garage Project Tiny.

With the huge surge in popularity in non-alcoholic beer these were judged these beers in a separate class for the first time, compared with previous competitions where they took their place alongside other full alcohol beers. To make the Top-30 though, they still had to reach or threshold of being a world-class example of the style and these two beers are certainly that — non-alcoholic options that don’t make you feel as if you’re missing out on anything.

Also on-trend is Epic Blue, the first low carb beer to make it into the Top-30. While low carb is on a resurgent streak at the moment, these beers were judged alongside their peers, so Epic Blue was judged with other pale ales and it’s a credit to the team at Epic that they were able to create a beer that had so much flavour despite having just 1.5g of carbohydrate per 100ml.

While low carb and non-alcohol have been trending in 2022 they are not a patch on the hazies. The hazies were the biggest class this year but they were also a real standout, with 22 of them good enough to make the Top-100 and there are six in the Top-30, which is on par with the number of entries.

And if you think all hazies are the same think again, because there is a variety of juiced-up styles, including an XPA, a Pale Ale and four IPAs, and they come in a wide variety of flavour profiles and textures. The hazies are also a great democratiser, opening the door for a number of new breweries to showcase their wares.

Appearing in the Top-30 for the first time courtesy of their hazy beers were Beer Baroness, Volstead Trading Company, The Theoretical Brewer and Mount Brewing (although they’ve had a Top-30 cider in the past). Burkes Brewing returns to the Top-30 after a debut splash last year and, of course, Behemoth — the undisputed king of popular culture references hit the jackpot with their Hop Buddies Homer & Marge Simpson beer.

The legends at Garage Project had a record four beers in the Top-30, the diverse range including their non-alcoholic Tiny, a double IPA (Pernicious Weed), a Japanese-style lager, Hatsukoi, and Proper IPA, made with potatoes. Yes potatoes! Destined to be a classic after taking out the trophy at the Brewers Guild Awards last year as well.