This article started off as an in-depth look at the shrinking dominion of dark beer, and a depressing examination of how it ended up in its sorry state.

But writing that turned into a place my motivation went to die, and while you could draw some very meta conclusions there I’m sure, it wasn’t enough to keep me going.  However, during all that time procrastinating, I did spend a lot of time thinking about dark beer, and (paradoxically) I may just have talked myself around to a more positive perspective.  So, rather than the death of dark, here’s why it’s going to live forever.

Popularity (or lack thereof) aside, dark beer is an exceptionally pragmatic style.  For starters, it keeps. The shelf life of modern hop-driven pale beers is short, and getting shorter the more brewers lean into the super-juicy pales and hazies.  Being driven (typically) by malt first and hops second, dark beers don’t have this problem.  Not only do they resist damage from age, many even have the capacity to change and improve with it.

A less obvious benefit from darks bearing their character through malt is they scale up in strength more economically.  With a malt driven beer, dialling up the ABV is a much more linear process.  You put more malt in, you get more flavour out.  Whereas a hop driven pale with a neutral malt backbone needs exponentially more hops thrown at it in order to maintain its character.  Once tax comes into play this saving isn’t immense, but if the price of American hops ever rises significantly then it could be a different story.

Dark beer is also (in spite of its colour) the perfect canvas for a wealth of flavourings.  Milk stout was the original lactose beer, and I’d take that every time over a cursed milkshake IPA.  But far beyond simple milk stouts, a creative brewer can take on almost any ingredient and make it flourish in a dark.  Just look at the tremendous Mutiny on the Bounty from Garage Project; a stout brewed with plantain, breadfruit, coconut and vanilla.  It sounds like a cantankerous ingredient-disaster but it’s one of the best core-range beers in the country.

Last night (at the time of writing) the beers were judged for the annual New Zealand Stout Challenge, hosted as usual in Christchurch by Moon Under Water and Punky Brewster.

Helping out with the event I was able to taste some truly world class stouts, many brewed with exploratory and daring flavour adjuncts that would absolutely destroy a pale beer.

Some of the best were in the (currently unofficial) “Pastry Stout” category.  Big desert style stouts that lean into their sweetness and full-bodied palate, with everything from hazelnut to blueberry adding to the flavour.  Ordinary dark beers may be genuinely suffering, but on the pastry side there is some seriously creative brewing going on. 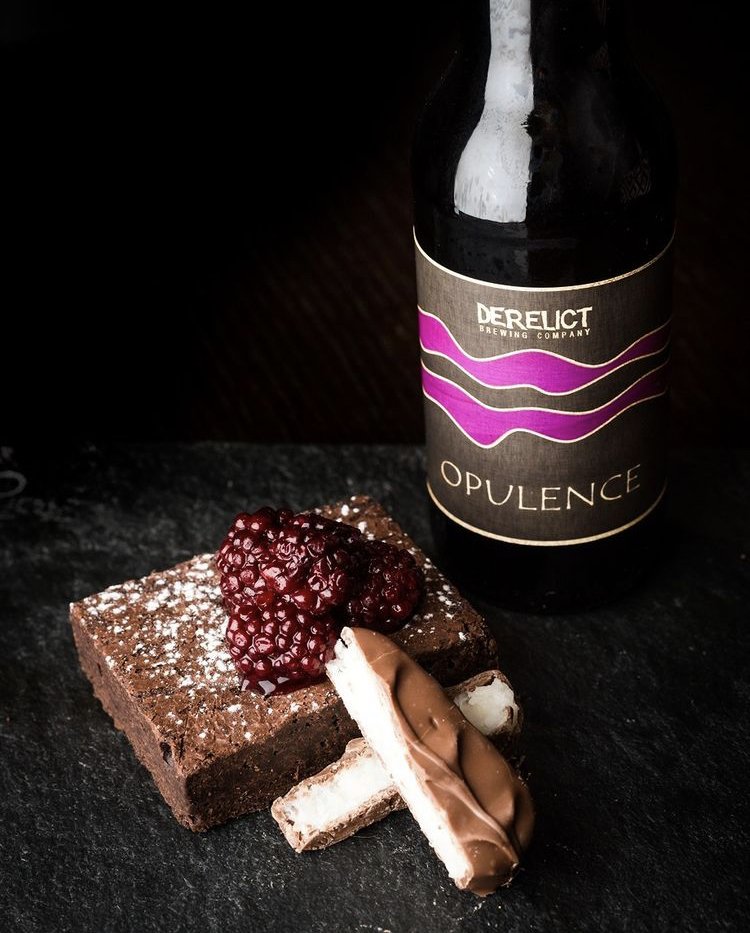 And the people love them too: Derelict won the People’s Choice award for their Opulence Pastry Stout, a rich chocolate stout with toasted coconut and boysenberries.

In conclusion, dark beer isn’t going anywhere.  It’s too versatile and too hardy, even if its public image has to spend a few more years being looked at as grandad’s beer.

Ultimately its plight is a vicious cycle.  A drop in demand prompts brewers to focus on other beers, meaning less interesting new dark releases, and consequently even less demand.  But that cycle can just as easily work in reverse, if events like the Stout Challenge keep working to stoke interest then we’ll see more dark clouds on the horizon sooner or later.

So next time you’re perusing the chiller or scanning the taps, rather than going for the latest American hopped hazy or pale, check out what’s happening on the dark side of the street.

Let the right one in