By Hadyn Green
Hoppiness at home

Parrotdog are celebating their 10th birthday this month. Hadyn Green talks to the founders about the journey so far.

Time is weird. It seems like an eternity ago that I sat down with the three Matts, in their brand new, though completely empty, Vivian St brewery space. But when Matt Warner mentioned it to me, when I bumped into him at the pub, it felt like yesterday.

It’s been a while since I sat down with the boys of Parrotdog and while some things are the same, there’s a lot that’s different.

We’re in a meeting room that overlooks Parrotdog’s Lyall Bay brewery. Every so often the table shakes due to the machinery outside making room for further expansions, including a new malt store. It’s hard to get over the sheer amount of stainless steel occupying the space.

From the viewing window in the pub downstairs, you don’t quite get an understanding of the scale. This is no longer a lifestyle brewery, and it’s even further from the guys who were taking riggers into The Malthouse or cooking up the first ever batch of Bitter Bitch on a kit that was essentially a chilly bin with a washing machine hose in it.

Parrotdog are, in my opinion, the most successful independent New Zealand brewery. The reach, scope, and scale of the brewery is far above that of its competitors. But it’s never been the weird experimenter, the hard-to-find limited edition creator, or the one trick pony.

“I think that’s always been the thing for us. We’ve never looked at the big guys and just seen a massive organisation. We’ve always perceived the market at a customer level and considered what our customers at a nationwide level want to drink and what resonates with them. And I think that’s why we’ve been able to get to this point and continue doing what we’re doing. We’re always thinking about what the customer wants, rather than what these big organizations might be doing outside of that space.

Even the style of the pub is comforting. Styled like a rural pub from the 1970s, down to the pool table and ugly carpet, because that’s the type of place the Matts wanted to drink in.

There’s no ounce of snobbery with Parrotdog. When I playfully point out that the “accessible beers” also included an avocado gose, they laugh and joke about how it was all Matt Warner’s fault, mostly because he’s not in the room.

I’ve got a bit of history with the guys at Parrotdog. As I said I was there interviewing them not long after the Matts secured the Vivian St site, I brewed with Warner for Beervana back in 2014 (we made a beer with lamb in it), they made a beer for my wedding (with Riwaka, Engima, and Chinook hops), and I annoyed them on Untappd by adding BitterHound to their line up (a 50/50 blend of Bitter Bitch and Bloodhound).

Over the years Parrotdog has always been a great brewery to cover. The Matts never lost that friendly charm of being able to laugh at themselves and never took themselves too seriously.

Matt Stevens talks about the infamous “poo story”, when run-off at the Vivian St site allegedly clogged up the sewage pipe. “We rolled the doors down and hid.” 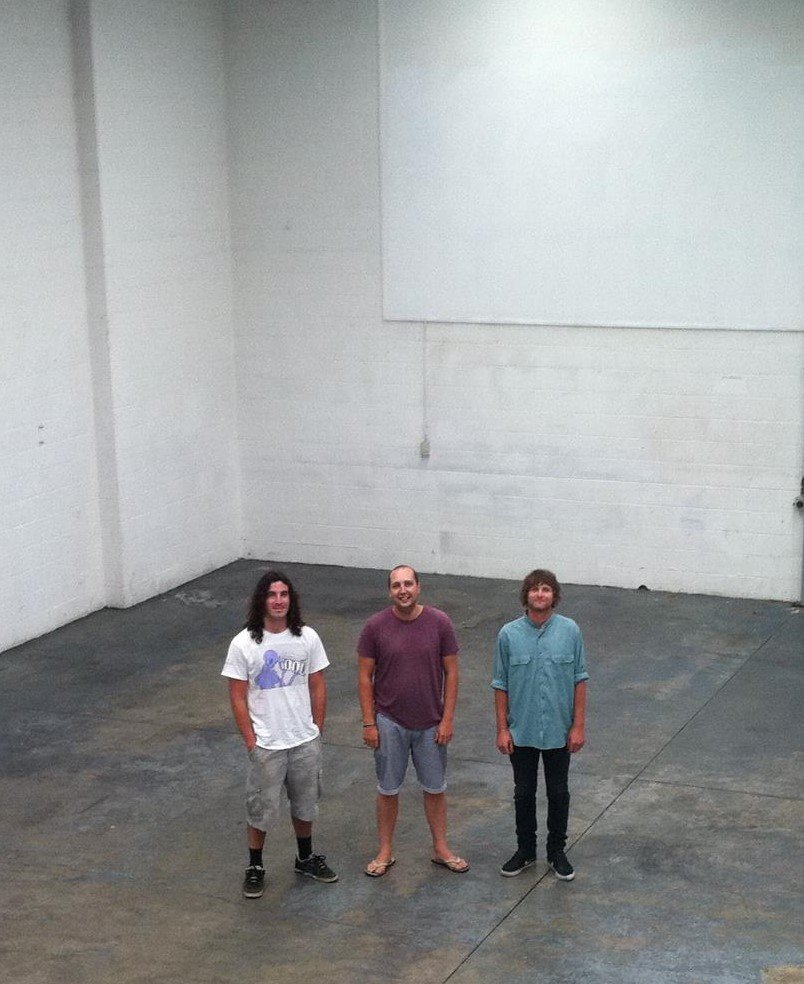 How it started … the Parrotdog founders in their Vivian Street Brewery

It was easily apparent that Parrotdog had outgrown the Vivian St site. Even back in 2014 they were shipping pallets off to Australia, but the steep driveway meant they couldn’t use a forklift.

“We had to do all that by hand,” says Stevens. The crowdfunding was needed to move out.

“Because we were still relatively small at that point and we knew where we would want to go,” said Kristofski, “We saw the crowdfunding is a good opportunity to build brand presence and brand advocates as well. To bring them along on the journey. And that was really the biggest motivation for us, to get as many people [as possible] to get behind the journey that we’ve been going on.”

Paul ‘Wattie’ Watson, co-owner and the unofficial fourth Matt, talks about how he sees that journey.

“Early on, I identified with these guys that it was gonna be a long-term play. I think about that all the time. We’re talking 10 years now, but it’s been a full 10 years of hard graft. And obviously an amazing time and experience to get to build everything. That community, that brand, that recognition, that was always such a slow burn thing. As opposed to just coming in real hot and wanting to just blow the market away.

“And obviously, observing the likes of Garage Project, because [Parrotdog was] especially being compared to them naturally, so much through that.”

Garage Project was the other brewery that came from that early boom of Wellington craft breweries and has expanded to a national and international scale. But where GP has aimed for a large splash with new releases and experimental hops (which is not a bad strategy), Parrotdog has gone for the long game. Many new breweries have come into the market in recent years, trying to be like GP, and flamed out.

“[This] longer-term plan lets our products and our brand do the talking and eventually people realise that’s where the quality and approachability comes from. That 10 years of work.”

The decade mark is another notable point not just for longevity, but for change. After a consultation, the company is going to have a structural change, and not just to fit in more tanks.

Wattie is going to move into the role of Managing Director and the three Matts are going to step back into their respective roles: Warner brewing, Kristofski in packaging and marketing and Stevens in accounting.

“We’ve definitely done a bit of soul searching,” said Stevens. “We’ve led by committee for so long and that kind of business structure has reached the end of its [life]. It’s just not working.”

The Matts have always been the faces for Parrotdog, but never in a public manner. While everyone knows about the “three guys called Matt”, their full names and faces aren’t even on the website.

And it’s been 10 years of solid, humble but great work has put Parrotdog into a great position for the future. Wattie – though maybe he’ll go by Paul now – understands that there’s an organic quality to how the brewery has grown in the first 10 years, but the underlying strategy of good beers is solid.

“This 10-year mark feels like we’ve finally doing what the likes of Garage Project were all way back then [by] and developing our master plan for the next 10 years,” Kristofski said. “[The brewery is] in a pretty important place. [Getting] new capacity and really carving out what we stand for and where we’re going. And this feels like the first time we’ve actually, we’ve got a plan.”