One of the highlights of the Brewers Guild Awards last year was Emerson’s Bookbinder taking out the trophy in the British Ale category.

For a beer that’s been around for almost 30 years, a beer that was a gateway to craft for so many enthusiasts, a beer so-well loved, it had been — by awards standards — overlooked recently.

Granted, it has won a medal nearly every year at the Brewers Guild Awards dating back to 2007, but mostly they were of the bronze or silver variety. The beer last won a gold medal at the New World Beer & Cider Awards in 2016.

The resurgence back to not only gold, but a trophy, delighted founder Richard Emerson.

“We were chuffed that a 3.7 per cent ABV beer that has been with us for so long is still gathering medals,” says Emerson, who designed the recipe for the beer on the back of envelope back in 1996. 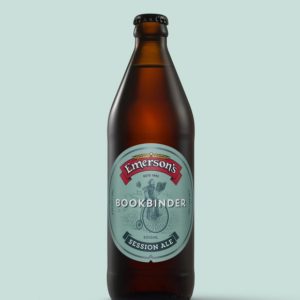 “Bookbinder is a delicate beer to produce,” Emerson explains.  “The balance of malt and hops is easily tipped if either ingredient is reduced or increased. It is a challenge to maintain the signature flavour with the changing alpha acid variations within hops, not to mention the seasonal malt variations too.

“Recently the recipe has been tweaked in the yeast department, to reflect several things happening around us — the management of handling several yeast strains on a daily production basis and the reliability of obtaining yeast from overseas led us to developing a relationship with Froth Tech.

“We like supporting Kiwi businesses where possible, and this makes perfect sense in this Covid world as there are fewer transport options for getting yeast from overseas and we question that reliability.”

Emerson’s quality and technical brewer Jamie Scrimgeour picks up the thread: “Froth Tech yeast has been great, and we’re now using Vape as our core strain across a number of different beers in the brewery. We’ve seen great viability with every batch we’ve got in; we just chuck it in the tank and straight away it’s taken off, so it’s great to have that consistency.”

Froth Tech founders Ryan Carville and Simon Cooke are naturally rapt with Bookbinder’s result, especially at it was brewed with Vape, a yeast designed for hazy beers. Emerson’s are also using Vape in their London Porter.

“We’re stoked with the result of Bookbinder, because Emerson’s are quite technical brewers and they have backing from Otago University and Lion,” Carville says. 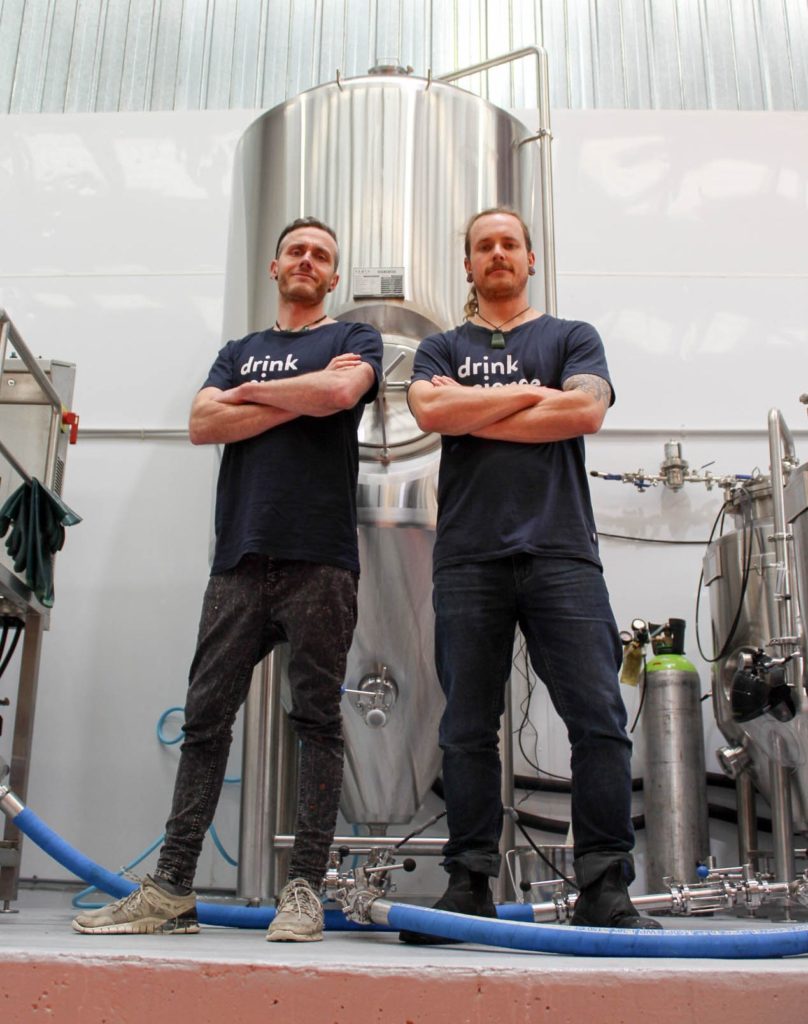 “The freshness and the local thing is a big piece of the puzzle with the hazies,” Carville says. “A lot of aspects of producing hazies do rely on yeast. You can get hazies that lose their haze over time which can be due to poor nutrition or poor yeast health, so fresh yeast goes a long way to keeping the them tasting and looking great.”

Hazy yeasts are also more expensive for breweries because they cannot be re-used as many times as other yeast variants, due to the high level of hop material in the beers – but Froth Tech are finding their Vape strain delivers solid generational re-use.

Yeast is the most ancient beer ingredient but also the most recently-discovered – and potentially the least understood.

It’s only in the past 140 years that pure yeast strains have been isolated, starting with Carlsberg brewery in 1883.

Given beer’s almost 10,000-year history it’s fair to say yeast has been an overlooked, misunderstood and under-appreciated ingredient. 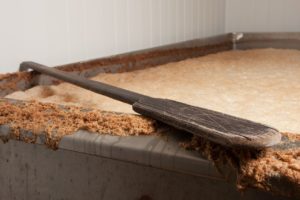 Maybe that’s why it took so long for a commercial New Zealand yeast business to start. But like a good ferment, Froth is bubbling away strongly after just a couple of years in business.

Until Carville and Cooke had their “eureka” moment, New Zealand breweries relied solely on imported yeasts from Europe and America. Unlike our locally-produced hops and malts, there was no locally propagated yeast sold commercially. It meant any New Zealand-made beer could never truly call itself a local product.

The benefits of having a commercial yeast lab in New Zealand are huge, but it wasn’t something either Carville or Cooke had considered until they thought about setting up a brewery together and realised, from a sustainability perspective, there was a downside to not having locally-made yeasts.

Yeast is a living, perishable product and has to be air freighted to New Zealand in a cool state. Not only is the exercise expensive, but any delays or glitches in shipping or customs could affect yeast health and impact the final product.

“We saw a gap in the market,” Cooke says, “a missing piece of the puzzle, and that was our eureka moment – when we thought ‘we could do that’.”

Seeing a gap and going for it are two different things, especially since — despite their brewing knowledge — neither Cooke nor Carville had a background in microbiology. Cooke previously had a small brewery called Kakariki, while Carville worked for Garage Project. Long-time friends and flatmates, they had home-brewed together so understood the basics of yeast health and propagation.

“There’s a good amount of yeast propagation info on the web,” Cooke explains. “You can learn how to grow yeast in a flask as a home brewer but applying that to an industrial manufacturing setting but to do it in 1000 litres batches, concentrate it, homogenise it — there’s been a lot of problem solving around that stuff.”

The seven strains of yeast Froth sell have been propagated from internationally available yeasts. Yeast strains are not protected by any intellectual property laws and in the US there’s no patent protection for micro-organisms, which allowed them to create their own versions of well-known strains, giving them funky new names such as Krisp, Vape, Buddy and Vagabond.

The most difficult thing for Cooke and Carville was the pioneering nature of the business. They literally had no one else in New Zealand to learn from.

“People have been growing yeast for a long time, there’s nothing new about that, but figuring out how to do that on an industrial scale when there’s no one else to look to for how to do that,” Carville says.

It helps that the pair have a good creative-technical skills split, so much so they’ve defined their roles as left-brain (Carville) and right-brain (Cooke).

“Simon is an ideas guy,” Carville explains. “Simon is good at finding solutions to things. He’s got a really good brain for outside the box. I’m more process and detail-oriented, and that balance works quite well.”

While their big idea had a few hurdles, including a first commercial batch of “very dead” yeast, in retrospect it feels like a no-brainer for the times.

While “sustainability” feels like a 21st century buzzword it has real implications.

“We are seeing a lot more breweries caring about sustainability – if you’re B Corp certified like Sawmill, you have obligations there,” Cooke observes. “We’re also seeing the first Carbon Zero-certified beers. When breweries think about who supplies them and where their ingredients come from – we become more and more attractive.”

Sustainability doesn’t stop at being local. Froth delivers only liquid yeast as opposed to dry yeast. “It’s quite energy intensive to dry the yeast, only to rehydrate it again at the brewery,” Cooke says.

In terms of business goals, making better beer in a sustainable fashion is key for Froth Tech and the rest follows.

“We want to see the New Zealand craft beer industry not only be the highest quality in the world, but also the most sustainable,” Cooke says.

And the results are hard to argue with.

“We’re hearing brewers going ‘wow, this is better than what we’ve been using and it’s detectable in the glass’.” Cooke says.

“A judge might be able to tell you what off-flavours are there or what flavour compounds are shining through but down at the pub for your average beer drinker, it might just be the difference between tasting something and going ‘not so into that one’, and trying the next one and going ‘wow that really is a good beer’. They don’t have to know why, all they know is that its singing and dancing on their tongue.”